Doug Pinkham, President of the Public Affairs Council, pulled out some interesting nuggets from their Public Affairs Pulse survey about how certain demographics view American business. 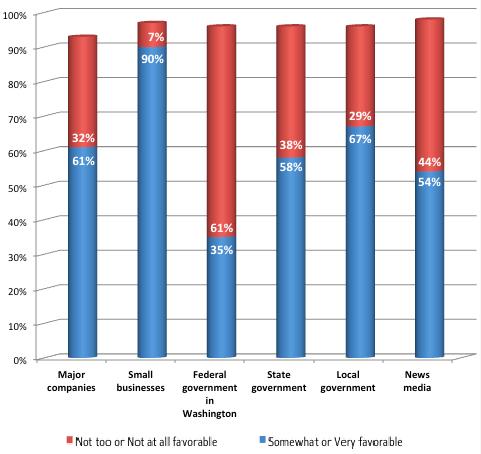 When it seems the public has less trust in many American institutions, they still see American business in a positive light.