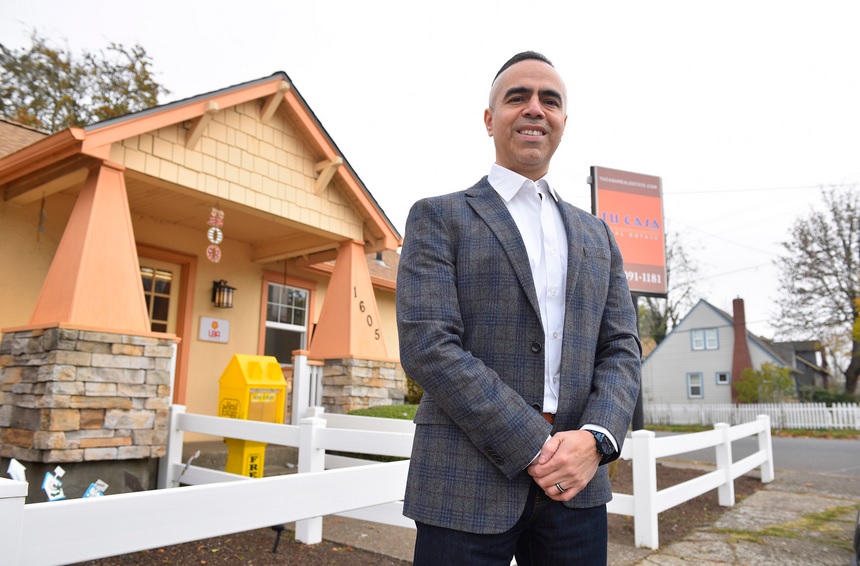 As children, Jose Gonzalez and his five siblings picked strawberries and other produce every summer outside Woodburn, Ore., to help support their family.

But the line from berry fields to a business boardroom was anything but straight.

Gonzales, a Portland native who graduated in 1993 from high school in Mount Angel, wanted to be the first in his family “to graduate from college, find a good job, and climb some kind of ladder.” He started at Chemeketa Community College, but by then he had welcomed the first of his four children, J.J. With a family to support, he moved to Salem, found a job at Arby’s and later at Boston Market. Even then, he felt a bit of an entrepreneurial spark.

“We always wanted to open up a restaurant for my mom,” he said. “She’s the best Mexican cook.” 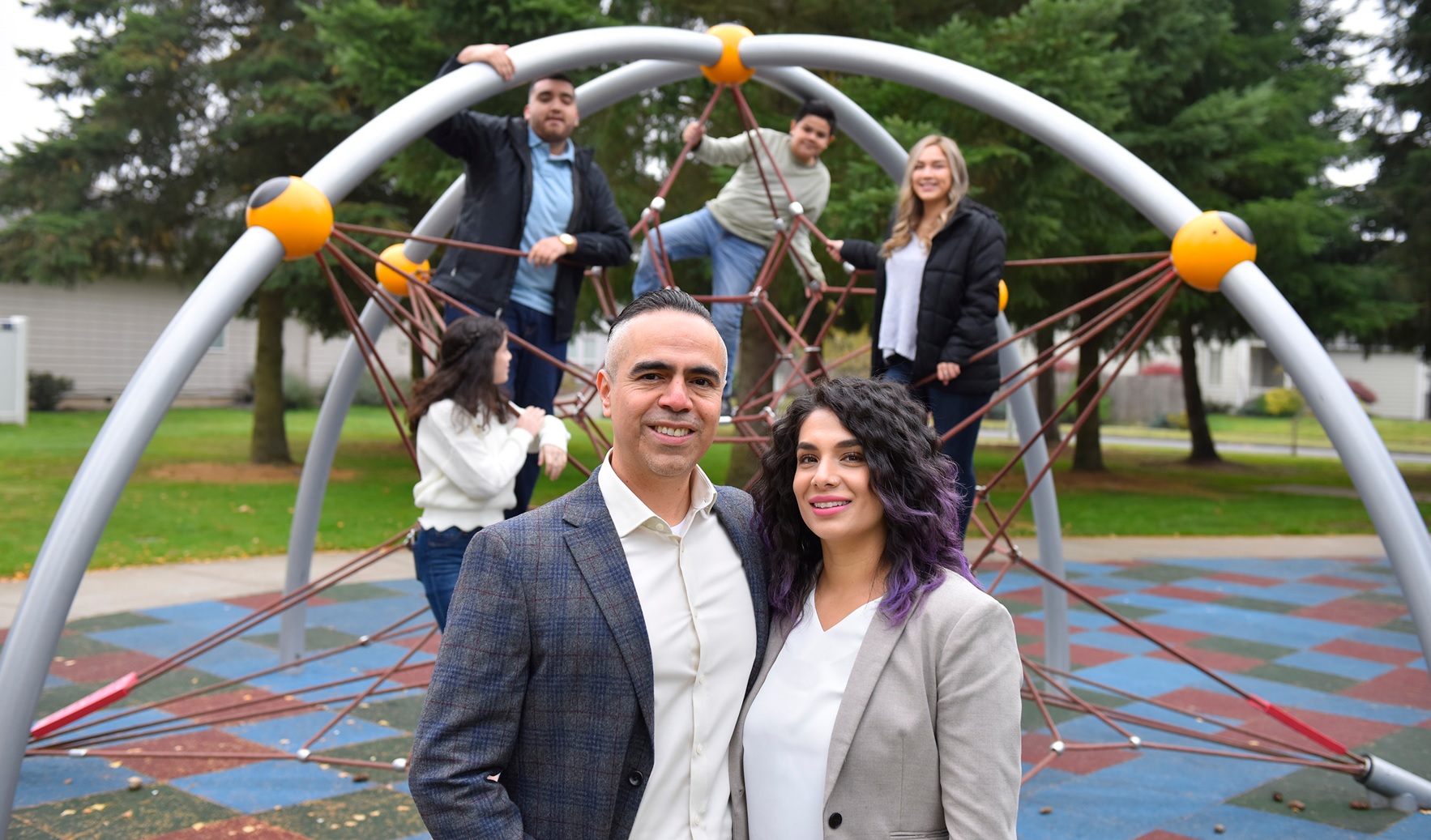 His parents, Pedro and Lourdes Gonzales, both natives of Mexico City, worked hard all their lives—as migrant workers harvesting crops in the fields, at an upholstery shop sewing and covering furniture, and in the laundry room and infirmary of the Queen of Angels Monastery in Mount Angel. Then, in 1988, the Benedictine Sisters opened the St. Joseph Shelter and Mission Benedict to serve migrant farm workers, and they needed a trustworthy bilingual person to serve as liaison between the ministry and the people it served, so in 1989, they hired Pedro to run the shelter. The family lived in a manufactured home on site while he worked as shelter manager for more than two decades. His wife ran the kitchen, feeding meals twice a day to as many as 300 primarily single men during the peak season.

With his parents’ example of hard work in mind, Jose moved quickly into a management position by the age of 19.

“I thought I was flying high,” he recalled. “But then my son J.J. kept getting sick. I mean, one time his heart stopped, and I had to do CPR when he was a couple months old, so we were always on pins and needles anytime J.J. got sick or had a fever that was prolonged.” When his son was rushed to the hospital, his boss told him he needed to remain at work because he was the manager.

“That’s when I realized I needed to do something different,” he said. “I had to drop out of college for J.J. I’m working for him, and now I can’t be there for him. Something’s wrong with that picture.”

At home, he opened the newspaper to the classifieds and found an advertisement for real estate training. He passed his test and Century 21 in Salem recruited him, but six months later, they packed up his belongings and let him go. “I showed up every day, and I followed everything, but I didn’t have any contacts,” he said. “I didn’t know anybody in Salem. I was 22.”

He jumped from one job to another to support his family until Mario Contreras, owner of Tu Casa Real Estate, invited him to lunch. He refused the offer several times, feeling like a failure in real estate. “I had beat myself up,” he said, but then he finally agreed. “I have no money. I’ll have that free lunch. He convinced me at that meeting to just give it one more shot.”

His real estate license was still good, so he began working for Tu Casa, where he has worked for nearly a quarter of a century. Contreras provided basic training and mentored him, and he excelled. Then, in 2006, when his boss decided to retire and move back to Mexico, he asked Gonzales if he wanted to buy the business.

“I had achieved some success or at least some stability in this business,” he said.

After considering the options for two weeks, he agreed.

Then the U.S. housing bubble burst, leading to the Great Recession, a severe economic downturn.

“Everything had to start over,” Gonzales said. At one point, he and his family lived in a spare bedroom at his brother Pedro’s house. But he recalled his parents’ example of starting with nothing and working hard to succeed. In 2003, they even achieved the dream of opening a restaurant in Salem, although they had to close it after his mother suffered an aneurysm. Fortunately, she survived.

“So, the world’s crashing,” he recalled. “Our little real estate office is struggling, and we had no money to promote ourselves.”

His mentor had started his real estate business by involving himself in the community, so Gonzales encouraged his agents to do the same. “I mean, we have a lot of free time,” he said.

They started volunteering by providing manual labor, helping to clean the community, serving homeless people under bridges, assisting wherever they could. As they worked, people began asking them for referrals to trustworthy bilingual professionals in law, education, real estate, insurance, and banking.

When asked for a referral, he looked for trustworthy people—often but not always bilingual—with a heart for the community. “I took it as a responsibility,” he said.

Gonzales also was invited to speak to local nonprofit organizations, which he did.

After about a year, he gathered together the many professionals he’d met.

“It’s like magic is happening in front of me,” he recalled. “I just can’t believe it.” 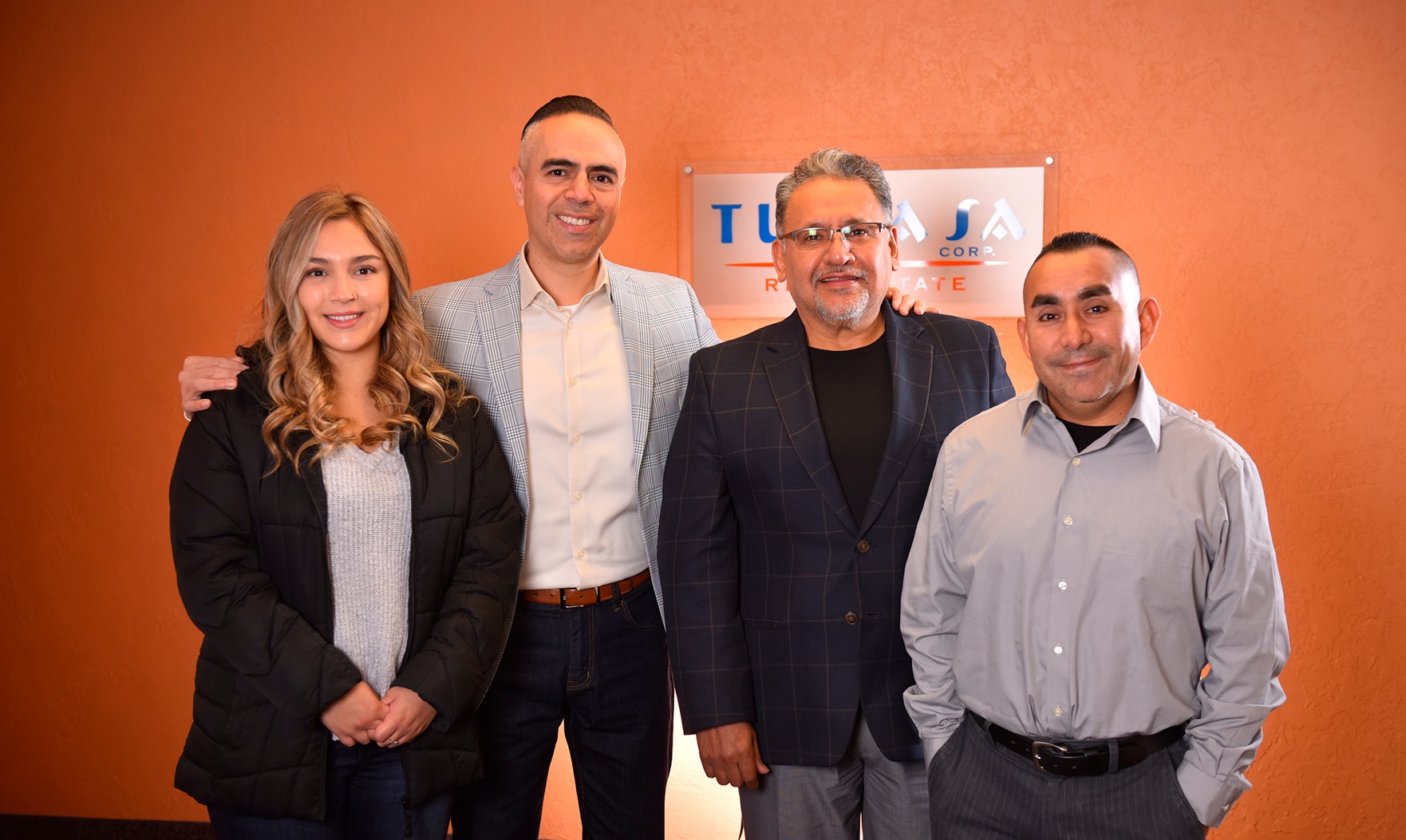 Before long, they formed the nonprofit Latino Business Alliance and created a board of directors with Gonzales as founding board president. The alliance hovered in the background for the first three to five years, trying to determine where it would fit among college programs, chambers of commerce, business development centers, and other nonprofits.

Since then, the volunteer-run organization has flourished with monthly meetings drawing up to 40 people, an annual event for 200, and potential offshoots in neighboring communities. The alliance employs one part-time worker and soon plans to offer loans for small businesses unable to obtain traditional financing.

The real estate market has bounced back, too, which boosted Tu Casa.

“As everybody was retreating back during those times, we were going out into the community, even just sharing information,” Gonzales said. “What we were doing is we were standing firm and being visible and present.”

With the economy recovering, those with real estate needs knew where to find people they could trust. Gonzales had been involved in immigrant advocacy, childhood reading, a micro-enterprise program, sheriff’s advisory group, and the Salem budget committee. He wanted to learn and share information with others. His immigrant advocacy efforts drew national attention and an invitation to the White House in 2012. The governor has appointed him to two state boards, including the Oregon Real Estate Board.

Answering the Call to Public Office

He also was asked to run for a seat on the Salem City Council. His parents had described corrupt politicians in Mexico who wanted only to gain financially. He wanted nothing to do with corrupt politics but wanted to serve his community, so he had to shed those preconceptions before seeking public office in 2020.

“One day I realized, I don’t think anybody is speaking strong enough for my neighborhoods up here in Northeast Salem,” he said. “If you go to Washington Elementary down the street from where I live, it’s 90 percent Latino. A majority of the Latino community in Salem lives in northeast. We hadn’t had a strong enough voice for our neighborhoods.”

He campaigned for office during the coronavirus pandemic, won election to the seat, and began serving in 2021.

Can he offer advice to entrepreneurs hoping to succeed in business?

“It’s showing up every day, being consistent,” Gonzales said. “I learn as much as I can so I can give it away. And, just treating people right. We have to do things in a manner that keeps people trusting us.”

And, he said, help others. “You’re not doing it to better your business. You’re just doing it because you care. I would say just help those around you.”

He buys certificates and products of local businesses to provide as gifts to clients and others.