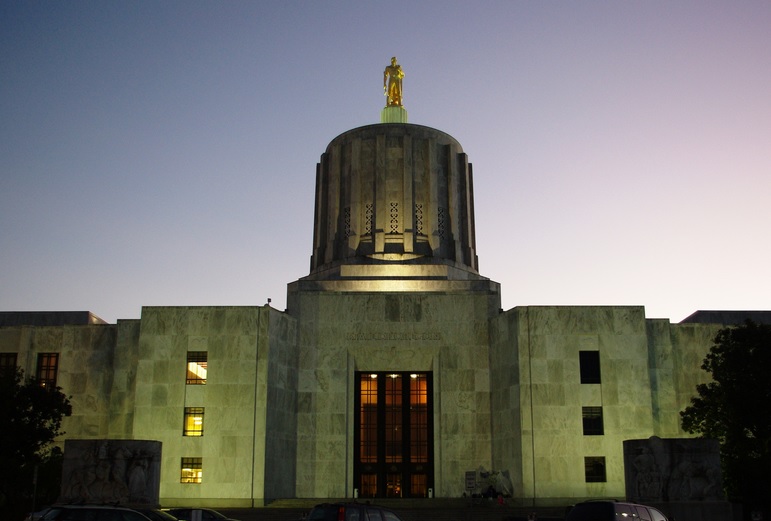 Much of the public discussion since then has focused on the fact that Oregon legislative pay is roughly $33,000/year plus $151 per day in living expenses during legislative sessions. Washington pays lawmakers $58,000/year plus per diem, and California pays over $100,000. This leaves the impression that Oregon lawmakers are underpaid. However, there is an alternative hypothesis: Perhaps legislators are simply spending too much time on the job.

The requirements for serving in the Legislature were last modified in 2010, when Oregon voters approved a ballot measure (written by lawmakers themselves) requiring the Legislature to meet annually, on a staggered schedule. Beginning in 2011, the Legislature was required to convene in odd-numbered years for a “long session” not exceeding 160 days. For even-numbered years, the limit is 35 days.

We were told by proponents of the ballot measure that the short session would be a low-stress affair designed to tweak the budget and pass minor bills. That never happened. Legislators have consistently made the short session very demanding by pushing complicated legislation that should have been deferred to the long session. For example, in 2016, Gov. Brown and her political allies rammed through a major hike in the minimum wage, along with a green energy mandate for utilities. Both bills were enormously controversial, but the time set aside for public discussion was close to zero.

By manipulating the short session for their own political advantage, Democrats who run Salem have not only violated promises made to voters back in 2010, but they’ve made the job of serving more difficult, especially for legislators with families. All three departing lawmakers are mothers with young children, and they serve in the ruling party.

During the other 330 days of even-numbered years, the job of being a legislator should be simple, but lawmakers have larded up their schedules with “legislative days” which require them to attend three days of hearings every other month. Most of these hearings amount to busy work and could be eliminated.

In odd-numbered years, legislators treat the 160-day schedule as a license to use every hour of each day for speechifying and self-promotion. Legislators collectively sponsor about 3,000 bills, most of which will never get a hearing. This imposes a massive amount of unnecessary work on everyone, including staff, lobbyists, and constituents trying to follow the action. Most of a typical day in Salem is just political theater that only benefits the members themselves.

There are a number of ways to make legislative service more accessible to average citizens besides raising pay. The most obvious would be to shorten the sessions, perhaps to 14 days in even-numbered years and 90 days in odd-numbered years. This would force legislators to establish priorities.

Another option might be to leave the current deadlines, but have tiered pay rates that decline over time. For example, in the 160-day session we could offer California-style compensation for the first month, Washington pay for the second month, and current Oregon pay for the third month. If they went into a fourth month, we could reduce the compensation to New Mexico levels, which is zero. Nothing focuses the mind like the loss of a paycheck.

Oregon has been a state since 1859, and we’ve passed thousands of laws since then. We don’t need 3,000 bills introduced every other year. Frankly, we would be better off if legislators occasionally convened for the sole purpose of measuring results and culling weak programs from the herd.

Voters also bear some responsibility for the time burdens of legislative service by expecting lawmakers to solve all of our problems. We are capable of running our own lives, and we should. A smaller, less costly state government would be a step in the right direction.

John A. Charles, Jr. is President and CEO of Cascade Policy Institute, Oregon’s free market public policy research organization. Mr. Charles has participated in every session of the Oregon Legislature since 1981. A version of this article was published in The Portland Tribune on May 3, 2022.