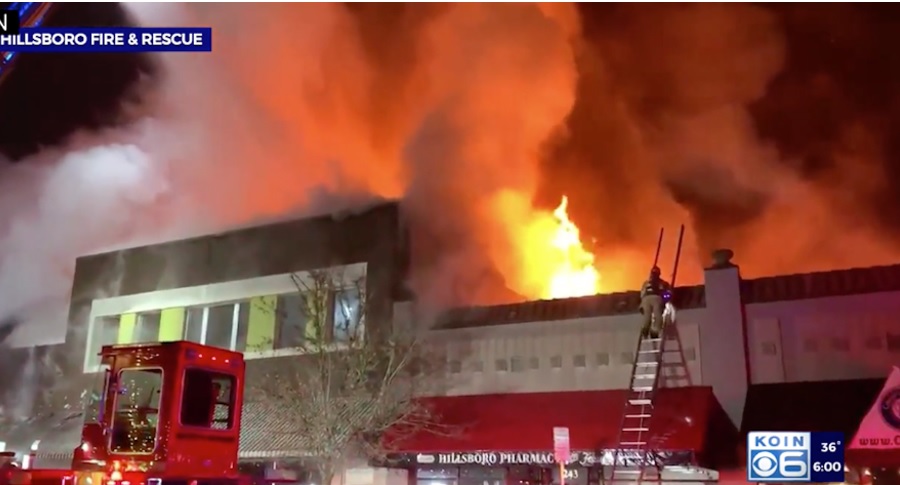 A four-alarm fire broke out early Sunday morning, ripping through an estimated 25 businesses on Hillsboro’s beloved Main Street. At this time, the cause of the fire is unknown.

The call came in at approximately 3 AM alerting Hillsboro Fire and Rescue of a 3-alarm fire in the Weil Arcade building on SE Main Street. Within a half-hour, the fire involved the full structure.

Surrounding agencies assisted Hillsboro Fire and Rescue with the blaze. At peak effort, 90 firefighters were on the scene.

Crews have not released details on how many businesses may have been a total loss. According to Hillsboro Mayor, Steve Calloway, the Weil family has owned the Weil building for four generations. Businesses on both the first and second floors have been impacted.

Lucia Isabel Collection, a new dress shop at the location, appears to be a loss. The 24-year-old owner, Lucia Nguyen, reportedly worked two jobs for three years to open her business.

Two blocks of downtown Hillsboro are closed off as crews continue to search for hotspots. High winds have created an additional hazard, creating concern about falling debris.

No injuries have been reported and the cause of the fire is still under investigation.