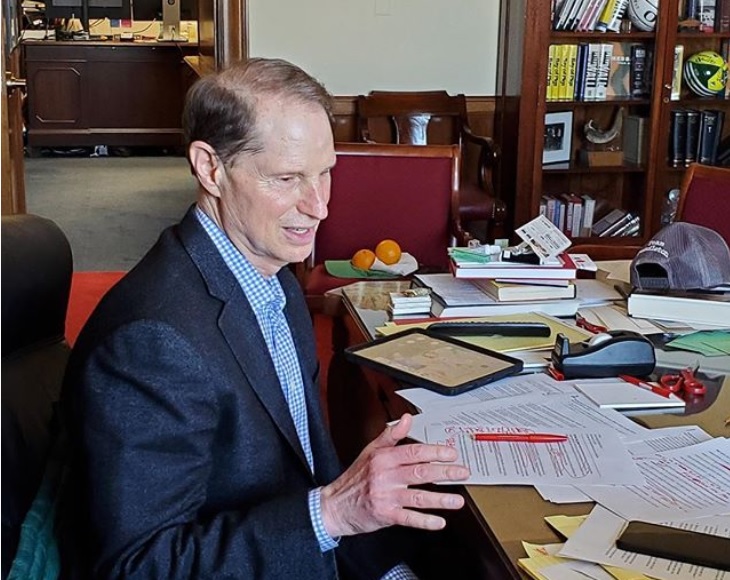 U.S. Senator Ron Wyden, D-Ore., and Senator Cynthia Lummis, R-Wyo., introduced the Effective Assistance of Counsel in the Digital Era Act, to protect the confidentiality of email communications between incarcerated individuals and their attorneys.

Although mail, phone calls and in-person meetings at federal prisons are currently protected against government surveillance, inmates at Bureau of Prison facilities must allow the government to review all attorney-client emails, under current federal policies. The Wyden-Lummis bill closes this loophole and ensures that the Sixth Amendment right to counsel and attorney-client privilege applies to digital communications as well.

“This bill is the definition of common sense – attorney-client privilege that applies to snail mail and phone calls should absolutely apply to email as well,” Wyden said. “I’m pleased to partner with Senator Lummis and Congressman Jeffries to close this loophole. Adding a computer to the equation shouldn’t mean a person’s Constitutional rights go out the window.”

“Attorney-client privilege is a key right of our Constitution. In the 21st Century, it’s frankly unacceptable that an incarcerated person and their lawyer can’t have a private email conversation free from government monitoring,” Lummis said. “I’m proud to work with my friend Senator Ron Wyden and Representatives Hakeem Jeffries and Van Taylor to make sure that Bill of Rights protections extend to all.”

“There are more than 135,000 individuals currently in BOP custody, many of whom are in pretrial detention and have not been convicted of a crime,” Jeffries said. “In our system, defendants are innocent until proven guilty. Like any person involved in a criminal proceeding, these individuals who are incarcerated must be able to communicate with their attorneys confidentially. The bipartisan Effective Assistance of Counsel in the Digital Era Act, which passed out of the House last year by an overwhelming vote of 414-11, would enable incarcerated individuals to communicate with their legal representatives privately, safely and efficiently by prohibiting the Bureau of Prisons from monitoring privileged electronic communications. I thank Senators Wyden and Lummis for their leadership on this issue and for introducing this incredibly important companion legislation.”