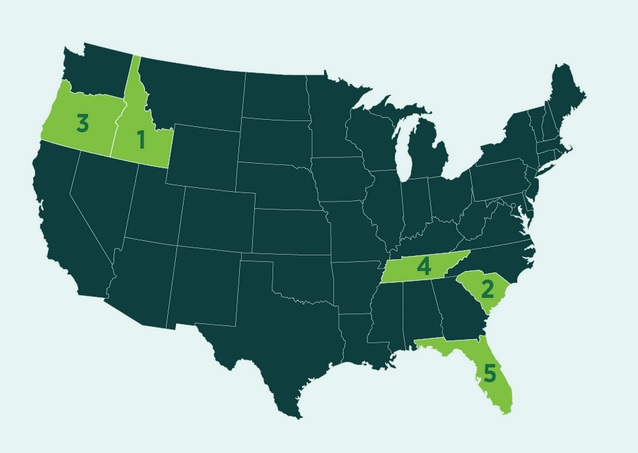 Oregon is the third most popular place for people to relocate, according to Mayflower, which releases data on inbound and outbound migration among the 48 contiguous states. The top state for relocating was South Carolina, followed by Idaho and then Oregon, according to the Portland Business Journal. A majority of people who moved west cited the weather as their top reason and delicious food as their second. Seventy percent of millennials said they sought access to green spaces, parks, and trails. A June Benzinga.com report listed New Jersey, New York, and Illinois as the states with the greatest outbound populations.