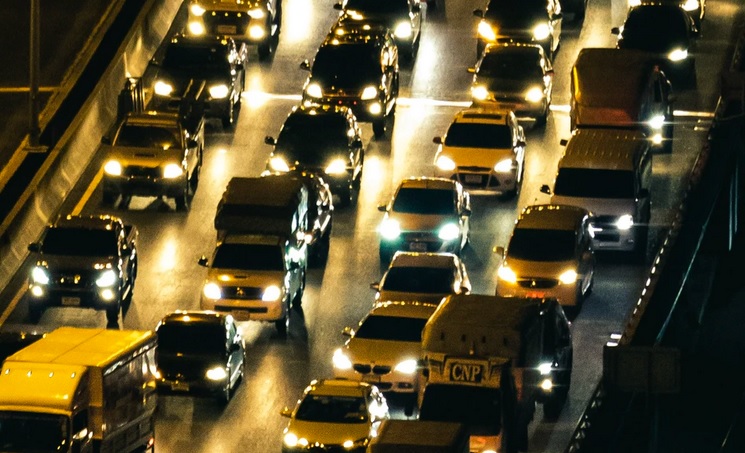 Apparently, “COVID time” is a real thing. A week feels like a month, and last month might have been last year. Perhaps that’s why 2017 seems like it might have been in the last century.

That was the year the Oregon legislature passed a bipartisan “Keep Oregon Moving” transportation bill. It had all the hallmarks of a grand bargain. The package included a hike in the gas tax and vehicle registration fees, as well as a tax on new car and bicycle sales and a new payroll tax for public transit. A portion of the gas tax increases were earmarked to pay for freeway improvements in the Rose Quarter area of I-5 and the widening of some stretches of Highway 217 in Washington County.

State and local elected officials wasted no time patting themselves on the back. Governor Kate Brown was so enthusiastic, she toured the state for five separate signing ceremonies. A coalition of 30 local movers and shakers—including the Portland mayor, Metro’s then-president, and a Multnomah County commissioner—penned an open letter praising the legislation.

But, that was a lifetime ago. In four years, the back slapping has turned to flagellation over the I-5 Rose Quarter project. What began as a straightforward no-brainer project to relieve some of the worst congestion on the West Coast is now mired in bare-knuckled attempts to halt the project and a self-serving grasp to profit from the political quagmire.

One group calling themselves “No More Freeways” is doing all they can to maintain the current bottleneck through the Rose Quarter. Despite evidence to the contrary, they argue that congestion relief doesn’t relieve congestion and additional traffic flow through the area will worsen air quality, especially around Portland’s Harriet Tubman Middle School.

Then there’s the Historic Albina Advisory Board and Albina Vision Trust. They note that urban renewal projects and construction of I-5 through the eastside more than 50 years ago divided the Albina neighborhood, displacing hundreds of families, many of whom were Black residents of the area. They see the congestion relief project as an opportunity to extract restitution from state and local governments for their past transgressions.

Toward this end, they are demanding that the freeway be capped through the Albina neighborhood. The caps could add several acres of developable land in the area. Land that the groups expect to redevelop in hopes of bringing back the people who left half a century ago. Metro Council President Lynn Peterson, Portland City Commissioner Jo Ann Hardesty, and Multnomah County Commissioner Jessica Vega Pedersen have urged Governor Brown that the valuable land created by the caps be transferred to the “Black Community” for development.

Caught in the middle are the Oregon Department of Transportation and the Oregon Transportation Commission. They have been directed by the Keep Oregon Moving law to relieve congestion on I-5 and have been provided the funding to do so. Even so, the governor and several of the signatories of the 2017 congratulatory letter have expressed second thoughts about the project.

With the caps demanded by the Albina groups, the project’s cost will rise from its initial price tag of as much as $795 million to more than $1.4 billion. At a meeting of the Oregon Transportation Commission earlier this month, commissioners raised the question of why ODOT should be spending taxpayer money dedicated to transportation to create land for the benefit of developers. Transportation commissioner Sharon Smith asked, “Is that really getting the value that you want? Could we spend that kind of money on other things and do more for the community?”

The I-5 Rose Quarter project is a testament to government dysfunction in the Portland region. In four short years, a straightforward project demanded by Oregon residents and businesses and passed by a bipartisan legislative majority may be derailed by no-growthers, profiteers, and flip-flopping politicians. While Oregonians statewide have been paying at the pump for the gas tax hikes, there is now a real chance they will get nothing in return.

It seems the Age of COVID doesn’t just warp time, it alters reality.

Eric Fruits, Ph.D. is Vice President of Research at Cascade Policy Institute and an adjunct professor at Portland State University, where he teaches courses in urban economics and regulation. He can be reached at [email protected]. A version of this article appeared in the Portland Tribune on September 23, 2021.