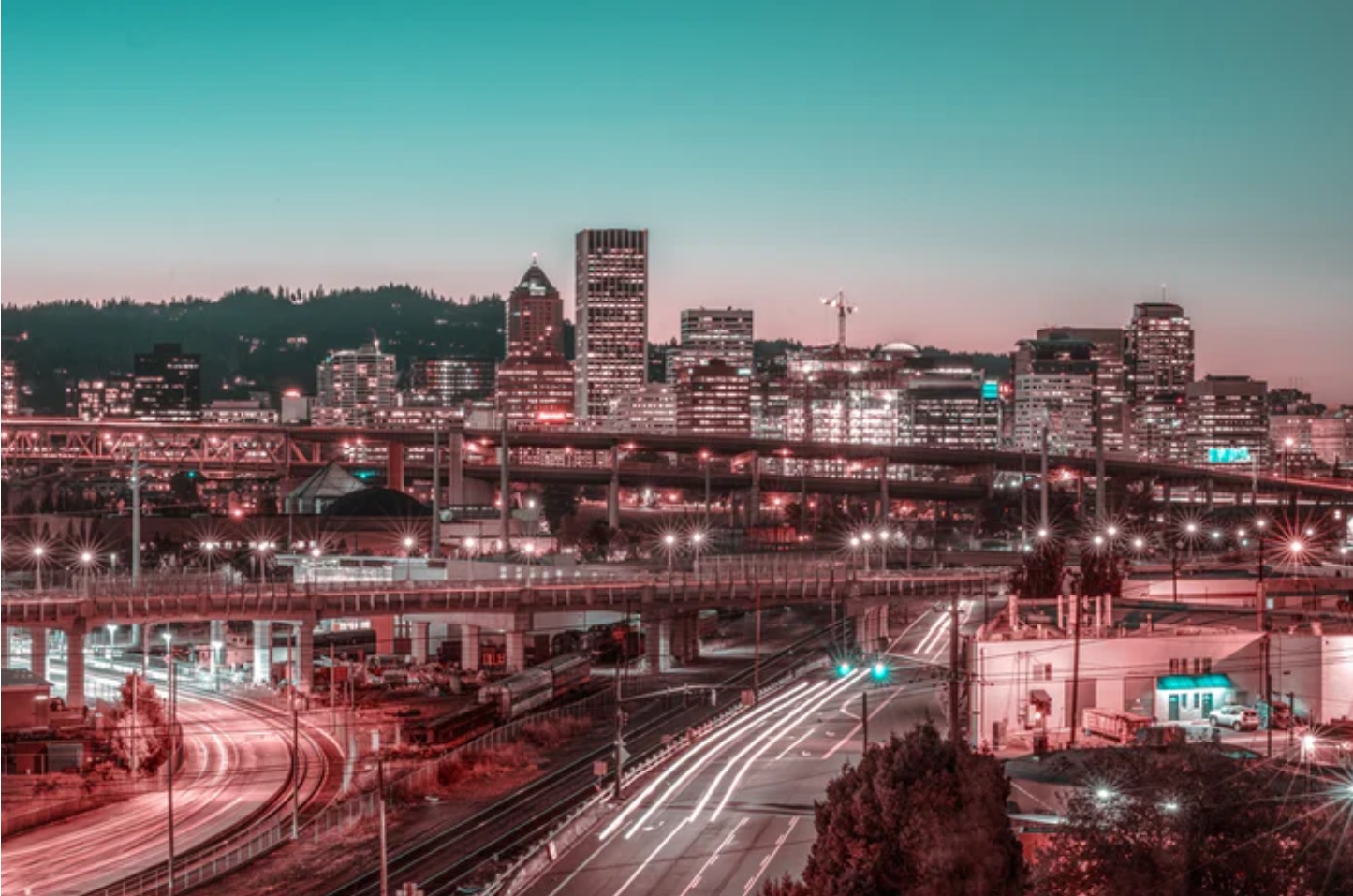 Hundreds of business and civic leaders, gathered to recognize the important partnerships formed after a challenging year at our 2021 Annual Meeting, presented by U.S. Bank.

This hybrid event, hosted via livestream with a small live gathering at McMenamin’s Edgefield, honored volunteers and community leaders who were instrumental in helping our region address the challenges and essential work to welcome back a new way of doing business in our region.

“Despite the challenges, I am pleased to announce we welcomed 536 new members this year, many who are small, family-owned businesses located in east Multnomah County,” said Andrew Hoan, President & CEO of the Portland Business Alliance.

The Portland Business Alliance, Greater Portland’s Chamber of Commerce, now represents more than 2,000 members, from 27 counties, 13 states and virtually every industry, with more than 80-percent of members small businesses.

At the event the Alliance also announced the year-long incubation and creation of a Black Economic Prosperity program, led by the Alliance’s Black board members and in partnership with the Oregon chapter of National Association of Minority Contractors (NAMC-OR) and several public agencies including Prosper Portland, Multnomah County, and the state legislature’s BIPOC caucus. This partnership has led to the funding of and recruitment of a new role to create a data-driven strategic direction for furthering Black Economic Prosperity in our region. The national search for this new role is being managed by Motus Recruiting. More details about the recruitment effort can be found here.

This year we provided special recognition and honors to community leaders who made an extraordinary difference in our community this year.

About the William S. Naito Outstanding Service Award
Since 1985, the Alliance has given an annual service award to someone who has performed exceptional leadership and service in bettering the community. The award was renamed in the mid-1990s in honor of the late Bill Naito, whose work over a lifetime exemplified the values that the Alliance is recognizes and values – community service, philanthropy, and leadership.

The Executive Committee of the Alliance and Board voted unanimously to honor Rep. Janelle Bynum this year for her advocacy efforts and policy approach to police reform and economic prosperity.

Special thanks to our supporters of the 2021 Annual Meeting, presented by U.S. Bank; including Oregon State University, in partnership with the OSU Foundation, Comcast, NW Natural, Oregonian Media Group, Pacific Power, Brown & Brown Insurance, Greater Portland, Inc., Alaska Airlines and all of our event supporters.