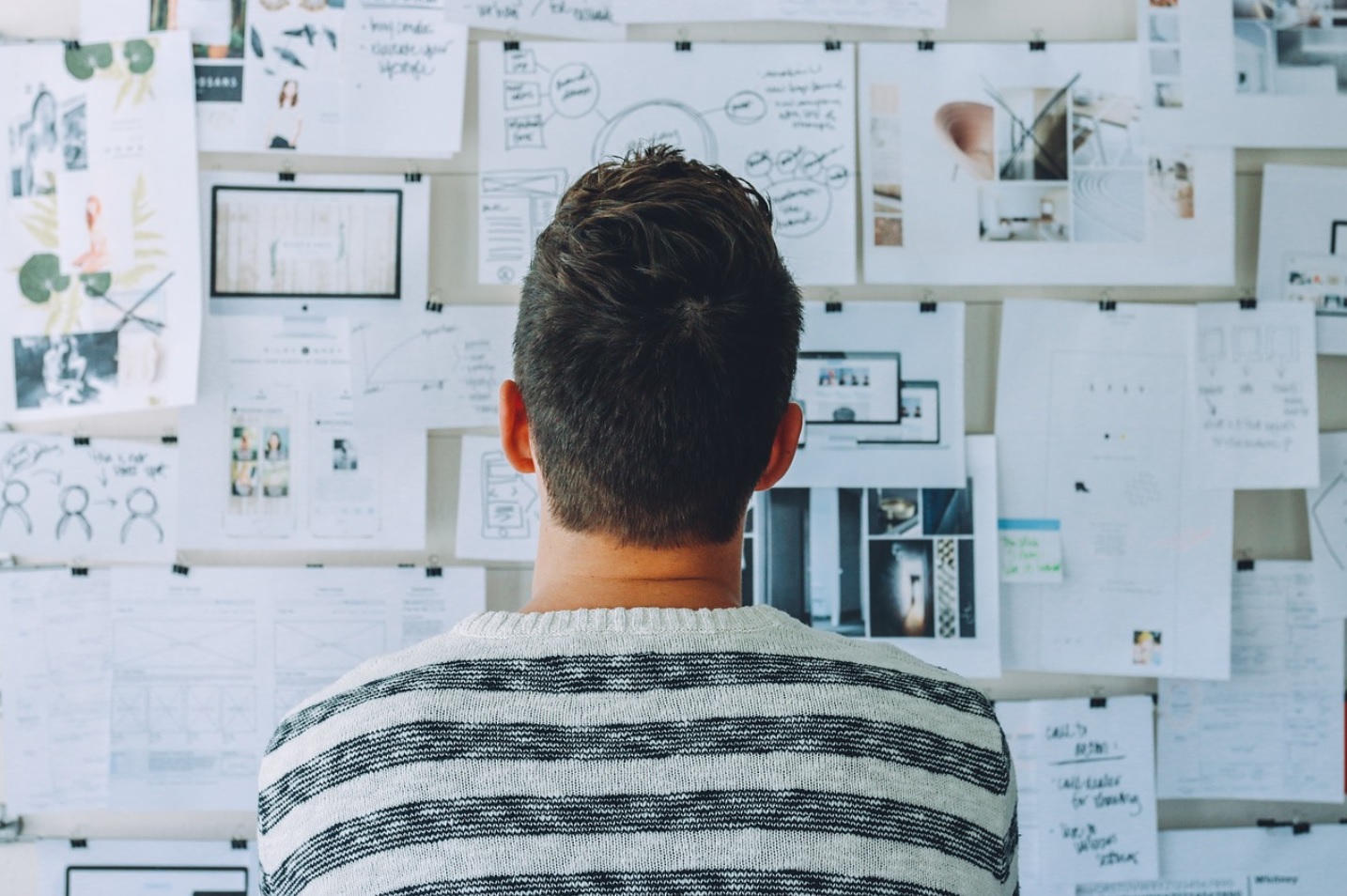 Our office remains very concerned about business closures and permanent layoffs. The more of this economic scarring that accumulates before the recovery can truly get underway will weigh on the strength of that recovery.

The pandemic has impacted all aspects of the economy to varying degrees. Small business in particular appear the most vulnerable as they generally lack sizable reserves, access to capital markets like large businesses, and at times even traditional banking relationships.

Unfortunately, we know not all small businesses have or will survive the cycle. The question is just how much damage is done and what does it mean for the overall outlook? Estimates here vary. Some seemingly credible third party data sources that track firms using a particular software or the like, indicate that an apocalyptic 30% of businesses in Oregon have closed. Those same sources indicate an unfathomable 50% of leisure and hospitality firms have closed.

While solid data on firm closures takes time, let’s run through the actual hard data that is currently available.

Second, businesses close every year, even in good economic times. During the 1990s economic expansion around 8% of Oregon firms closed each year. Last expansion that improved to around 7% of firms closing each year. These figures rose to 10-12% of businesses closing during each of the past severe recessions in the state including the early 1980s and in the aftermath of the Great Recession. While sizable increases in the number of firms shutting their doors, this is nowhere near some of the estimates cited in the past year. Either the pandemic generated three times the number of closures as these past severe cycles or these third party data estimates are not truly representative of the overall economy.

Third, small business income is largely flat over the past year thanks to the Paycheck Protection Program. While the PPP is not without flaws and was not timely enough to save some of the most vulnerable firms, including those who lacked existing banking relationships, the level of support for Oregon firms totaled just over $7 billion last year. Absent the PPP, proprietors’ income fell nearly 20%,which is an apocalyptic drop. Thankfully some firms were able to access the PPP last year and this year to help support their operations. 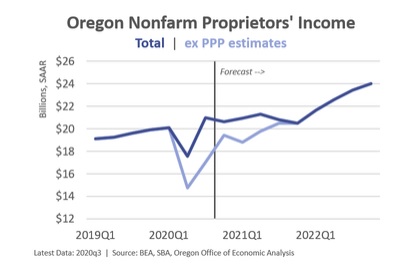 Fourth, what timely data we do have for bars and restaurants – the most impacted sector in terms of the pandemic – show that firm closures are up in the past year, but not nearly as much as the conventional wisdom or miscellaneous third party data indicates. Specifically OLCC data show that the number of active liquor licenses for on-premise sales over the past year is down around 5%. Furthermore liquor license renewals continue to hover around 92% across the different regions of the state. These renewal rates are down from the 97-98% rates seen prior to the pandemic. Similarly, the number of video lottery retailers who were open and reporting sales was down 7% last fall, prior to the more restrictive public health measures going into effect. Further research by the Oregon Lottery found that a couple percent of retailers continued to keep their doors closed due to the pandemic and uncertain economic outlook and had not permanently shuttered, or at least not yet. Overall there is a clear increase in closures among bars and restaurants in Oregon, however that increase thankfully appears to be around 5% not 50%.

Fifth and finally, the most encouraging data point in terms of business dynamics relates to the ongoing strength in new business formation. Start-up activity has surged since the shelter in place phase of the pandemic ended. This is seen in the business application data as reported by both the Census Bureau and the Oregon Secretary of State. 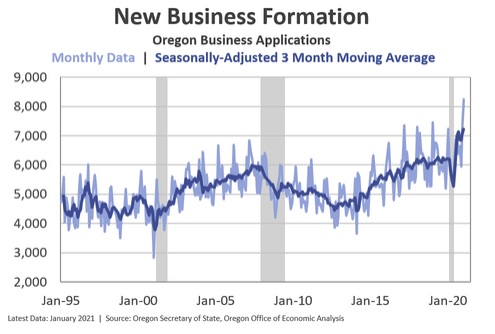 The best case scenario here is that the rising number of start-ups means innovation and productivity will increase in the years ahead, boosting long-term economic growth prospects. At a minimum the higher number of start-ups means the economy will not suffer the double blow of more closures and fewer start-ups as has been the case in past severe recessions and which would slow the overall recovery. Thankfully no hard data source shows the total number of businesses in Oregon is plunging, after accounting for closures and start-ups.

Bottom Line: Unfortunately many Oregon firms have already closed their doors permanently. Considerably more are currently struggling through the pandemic of which some will close in the months ahead. That said, it is encouraging from a big picture perspective that there have been relatively few closures compared with the initial level of fear at the start of the pandemic. The fact that entrepreneurship has remained so strong means the total number of businesses in the economy will continue to increase. Replacing the economic role of the lost firms takes time as does finding a job at a different firm for the laid off workers, but this process is underway.