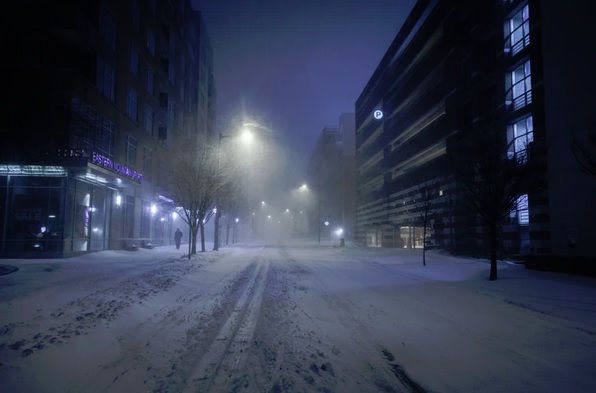 Almost the entire country is going through some form of a cold snap and disruption to the local economy and our personal lives. However in Oregon, hundreds of thousands of our family, friends, and neighbors have been without power for multiple days. Most are in the Willamette Valley. While it may technically be 2021, I’m adding ice storms to the list of plagues that 2020 hath wrought. Given that the Portland and Salem regions account for 58% of the state’s population, 63% of personal income, and 67% of GDP, anything that happens there will have a considerable impact on any statewide numbers.

In terms of the direct economic impacts of the storms, and natural disasters more generally, it is pretty straightforward. Transportation is heavily disrupted and the storms clearly throw a wrench in logistics. For example both I-84 in Oregon and SR-14 in Washington were closed for an extended period of time, meaning east-west traffic through the Gorge was delayed or potentially rerouted which added hours to any trip. There is physical property damage in the form of collapsing roofs, icy roads, frozen pipes, and falling trees or debris. There are repair costs to all of these damages for private firms, the public sector, and utility companies. Perversely the cleaning up and rebuilding phase is a boost to GDP growth, but not to overall welfare. Additionally, outdoor industries like logging, construction, and agriculture — both crops and livestock — are restricted and likely will lose product as well. On the other end some industries do see an increase in sales and activity as local residents stock up on groceries ahead of storms, and hotels fill up as people need a warm place to stay.

Overall these disruptions are likely to cause a short-term drop in economic activity, and wages earned. Hourly workers are the most affected as they miss shift(s) because they cannot get to work due to the weather and/or because businesses close. To some degree, the pandemic and working from home likely muted some of these traditional impacts from natural disasters. However we’re largely past this point in the timeline of impacts and recovery. In Oregon it’s not so much about electrical generation (supply) issues like in Texas, but rather about the transmission and delivery of the electricity. The personal and economic impacts today are more about grid resiliency and being without electricity for days.

An Obama era Council of Economic Advisors report on grid resiliency is a good, easily accessible place to start the discussion. It finds that weather-related power outages nationwide have been rising in recent decades; a trend expected to continue due to climate change. Power outage costs include lost output and wages, spoiled inventory for businesses and households, and the inconveniences and cost of restarting industrial operations. Annually, power outages cost between $18 and $33 billion per year. At the time the report was written (2013) that was equal to a tenth or two of a percentage point of GDP. Years with larger events (disasters and storms) had larger costs than that.

Such findings are confirmed elsewhere in the research, including Degelia et al (2016) who write that “the effect on power lines tends to be the main and longest lasting impact of ice storms as power supplies often remain off for long periods of time, even after the ice storm has passed.” In addition to the economic costs, Degelia et al discuss some of the societal, human, and environmental impacts as well.

While heatwaves generally cause more deaths than do severe winter storms, there are increases associated with both. Essentially whenever temperatures deviate significantly from normal local conditions, bad health outcomes occur. In cold temperatures there are some deaths attributable to direct exposure in terms of hypothermia, frostbite and the like. More deaths tend to come from complications of underlying respiratory and heart conditions as cold is a stressor on the body. Furthermore, indirect deaths from falling debris, or improperly ventilated generators as happened in 2012 in the aftermath of Superstorm Sandy on the East Coast, unfortunately occur as well.

Finally, a more modern impact of power outages and need for grid resiliency is the loss of an internet connection. Broadband access is an increasingly important part of society, both economically and culturally. This includes those working from home, in addition to online schooling, and to say nothing about entertainment options to help pass the time, especially when the pandemic already restricts what we can do in the first place.

Stay safe out there.