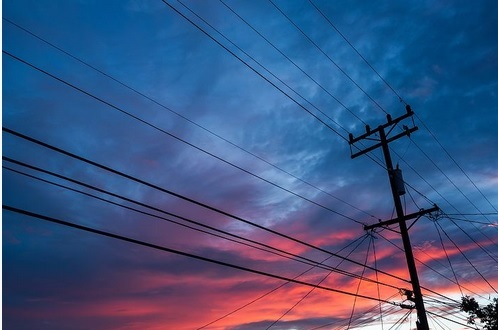 Every month when you pay your electricity bill, you pay a surcharge of about 5.6%. If you are a natural gas customer, you pay a similar tax ranging from 2.5% to 4.9%, depending on your vendor. Both taxes are likely identified as a “Public Purpose Charge” (PPC).

That name tells you nothing, which is by design. The proponents of the PPC don’t want you to think about why the tax was imposed or where the money goes, but you should. A lot of it is being wasted.

Between 2013 and 2016, Energy Trust also spent PPC funds to subsidize the sale of energy-efficient refrigerators, freezers and washing machines, while encouraging consumers to give the money away to the Oregon Food Bank. Many did, totaling $252,809. That was great for the Food Bank, but every penny was supposed to be used to entice consumers to buy appliances that they wouldn’t have purchased otherwise. The fact that they gave the PPC money away showed that the subsidies were wasted.

The Energy Trust is so well-funded that according to a 2018 audit by the Oregon Secretary of State, ETO spent $26,500 on a “holiday party and employee recognition expenses” for the retirement of its founding CEO.

Public schools also receive PPC funding; and in 2012, Secretary of State Kate Brown released an audit of school conservation expenditures. Her audit showed that at least 333 projects had costs that exceeded benefits. In one case, the Newberg School District installed insulated roofing panels at Mabel Rush Elementary School in 2005 that had a payback of 111 years and an expected life of 25 years. The panels were estimated to cost $84,200, but were only expected to generate $762 in energy savings each year. The measure was estimated to lose $65,150.

The Public Purpose Charge was enacted by the Oregon legislature in 1999 as a modest, 3% tax on customers of PGE and PacifiCorp. It was supposed to go into effect in 2002 and disappear by April 2012. The purpose was to create a small pot of money that could be used to subsidize both energy conservation and renewable power projects.

Instead, it morphed into something much more expensive. Soon after passage, the Oregon Public Utility Commission began coercing most natural gas companies into participating, which was not part of the original law. Then, in 2007, another add-on tax was approved by the legislature to subsidize small energy conservation projects. In that same law, the PPC expiration date was extended from 2012 to 2026.

Since 2002, the PPC has collected more than $2.3 billion from electricity ratepayers. More than 80% of funding goes to the Energy Trust of Oregon, which now has an annual budget of roughly $200 million.

The most cost-effective PPC projects were completed between 2002 and 2012, exactly as the legislature envisioned. By 2019, the cost of subsidizing energy conservation and green power projects had gone up by 73% since the start of the program.

Cascade Policy Institute recently released an analysis of PPC expenditures and concluded that the original, ten-year mission of the PPC has been met. Now in its 19th year, the tax should not be extended again and should be repealed prior to 2026 if possible. Ratepayers are reeling from the effects of the pandemic, and eliminating a combined 10% tax on electricity and natural gas would provide much-needed relief.

John A. Charles, Jr. is President and CEO of the Portland-based Cascade Policy Institute, Oregon’s free-market public policy research organization. A version of this article was published in the Portland Tribune on January 13, 2021.