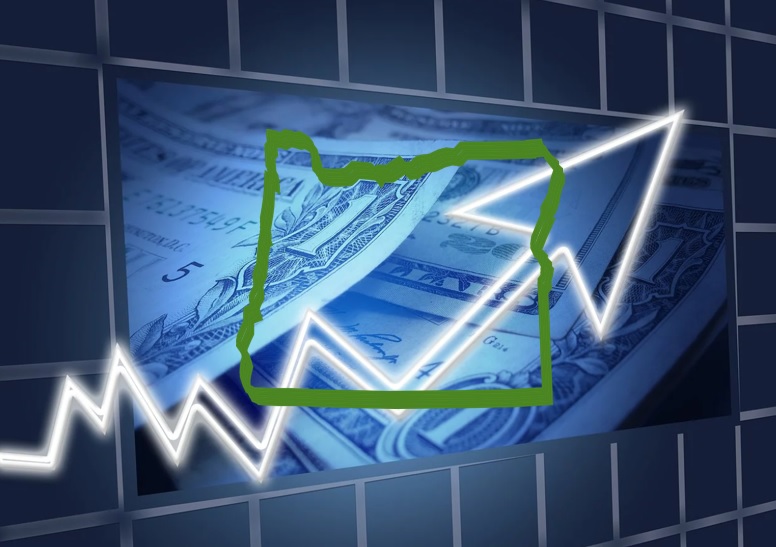 While the economic recovery continues, the virus remains in control. Expectations were already that growth would slow noticeably over the colder, wetter months ahead. The latest surge in COVID cases all but ensures it. Businesses and consumers are likely to pull back out of fear of the virus, and more restrictive public health policies are being implemented such that the health care system does not breach capacity. When the weak labor market and spreading virus is combined with months of federal inaction regarding both the pandemic and the economy, it brings the recovery to its most challenging point yet.

Even so, expectations remain that the economic expansion will endure. The recovery will be faster overall than in past severe recessions. This is due to a key assumption regarding a widely available medical treatment by next fall. After that, economic growth should accelerate. Schools will reopen, workers will return to the office in greater numbers, and travel and tourism will pick up. With the end of the pandemic likely in sight, the key macroeconomic risk remains minimizing the amount of permanent damage done the economy in the meantime. As such, additional federal aid to support small businesses and the laid off workers who face dim job prospects until the pandemic is over will ensure the recovery is faster, and disparities do not widen. Oregon’s economy is expected to return to health by mid-2023. 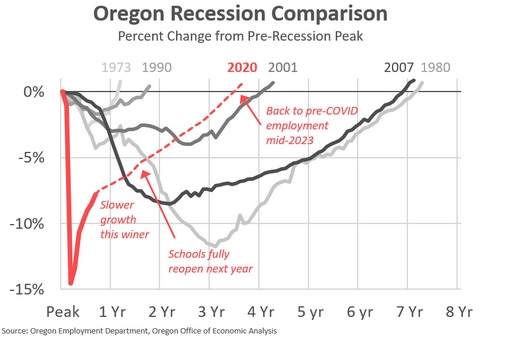 Oregon’s primary revenue sources have tracked very closely with expectations since the previous forecast was released. Even so, a considerable amount of uncertainty remains due to the virus and government policy responses. Despite the uncertainty, General Fund revenue collections have been surprisingly healthy since the recession began. Total spending and income have been propped by the first round of federal fiscal aid. Also, the fact that high-income households have been relatively spared so far has supported tax collections.

Corporate excise tax collections, lottery sales and taxes on investment forms of income have shown the strongest recoveries. While those sources stand out, all major forms of revenue have bounced back, including labor-related income taxes. In fact, given the extraordinary growth, a personal income tax kicker for the current biennium is not out of the question, although it would take a big April 2021 tax season to get there.

Oregon’s budget process for the next biennium is getting started next month with the release of the Governor’s Recommended Budget. Oregon’s primary revenue sources are expected to grow by a 5% during the 2021-23 budget period. The losses of jobs and business income due to the recession have yet to completely flow through to tax collections. 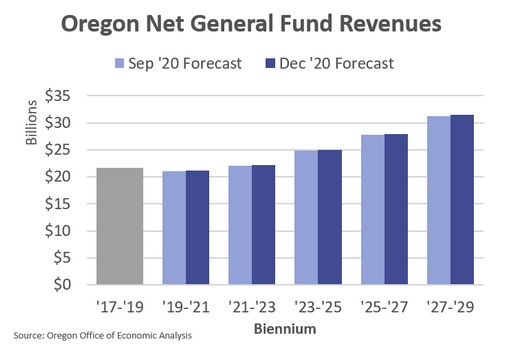 Such growth is quite modest from an historical perspective, and not sufficient to keep up with the rising cost of providing public services. Should the baseline outlook come to pass, state resources will have remained roughly unchanged for three budget periods, while Oregon’s population and prices will have continued to grow. It is not unheard of for Oregon’s tax revenues to remain flat for several years. The 1991 recession and recovery provides the most recent example. That said, the typical recession in Oregon has brought with it a much larger swing in revenue collections. Significant risk to the revenue outlook remains.

While the revenue outlook is uncertain, Oregon is in a better position than in the past to manage this risk. Encouragingly, Oregon has saved a larger amount of reserve funds than ever before. Automatic deposits into Oregon’s Rainy Day Fund and Education Stability Fund throughout the long expansion have added up. Oregon’s budget writers have never had access to significant reserve funds during past recessions. Although today’s reserves will not cover all of the likely shortfall caused by a recession, they are large enough to ease much of the pain.

See our full website for all the forecast details. Our presentation slides for the forecast release to the Legislature are below.