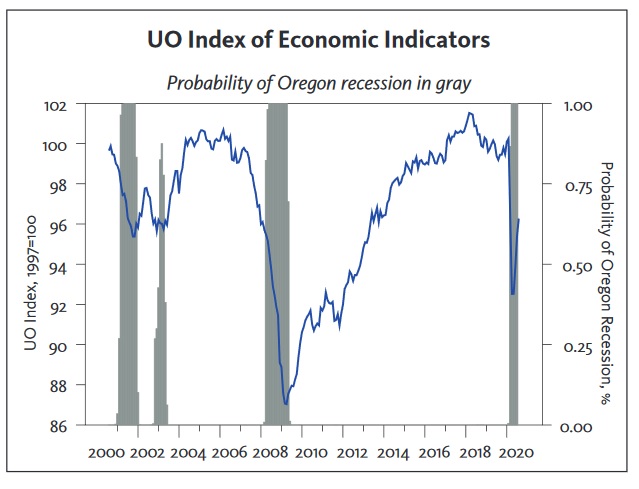 The Oregon Measure of Economic Activity rose from a revised -0.03 in July to 0.22 in August. The moving average measure, which smooths out the volatility, now stands at 0.73, which equates to above average growth in Oregon. Highlights of the report include:

– The construction and employment-heavy services sectors both made positive contributions. The manufacturing sector made a negative contribution, weighed down by a low level of hours worked in the sector.

– Importantly, the household sector now makes a positive contribution due to a falling level of initial unemployment claims and a lower unemployment rate.

– As a technical matter, the recession most likely lasted one quarter. Growth rebounded in the third quarter of this year; forecasters increasingly expect 30% or higher growth in the third quarter. While not enough to fully recover the losses from earlier in the year, the recovery is expected to be sustainable but the pace of further gains remains uncertain.