By Employment Department of Oregon

Each quarter, the Oregon Employment Department surveys private employers from all industries and areas of the state to ask about the job vacancies they are actively trying to fill. Oregon businesses reported 46,300 vacancies in summer 2020. Total job openings increased from the level in the spring at the onset of the COVID-19 recession (+9%), but remained well below the level last summer (-26%). 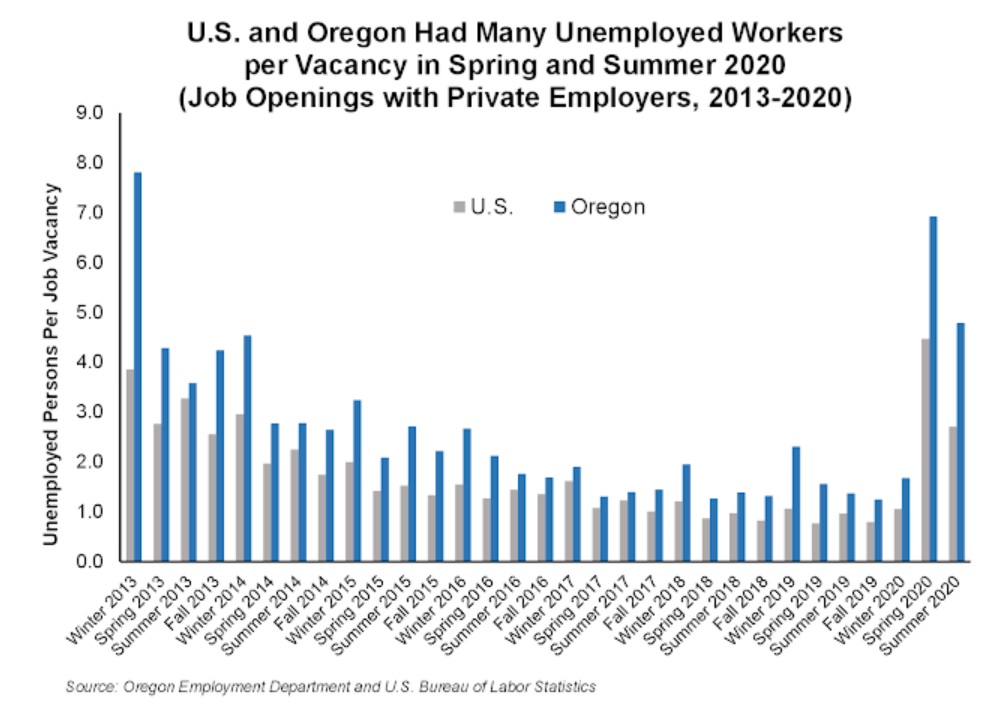 A few other highlights from Oregon’s summer Job Vacancy Survey:

– 18 percent of businesses responding in spring reported closures or curtailments due to COVID-19. This figure dropped to 7 percent in summer.
– Most openings in summer were for full-time, permanent positions.
– Health care and social assistance topped the industry list with 8,400 vacancies.
– The average starting wage for vacancies in summer was $19.18.