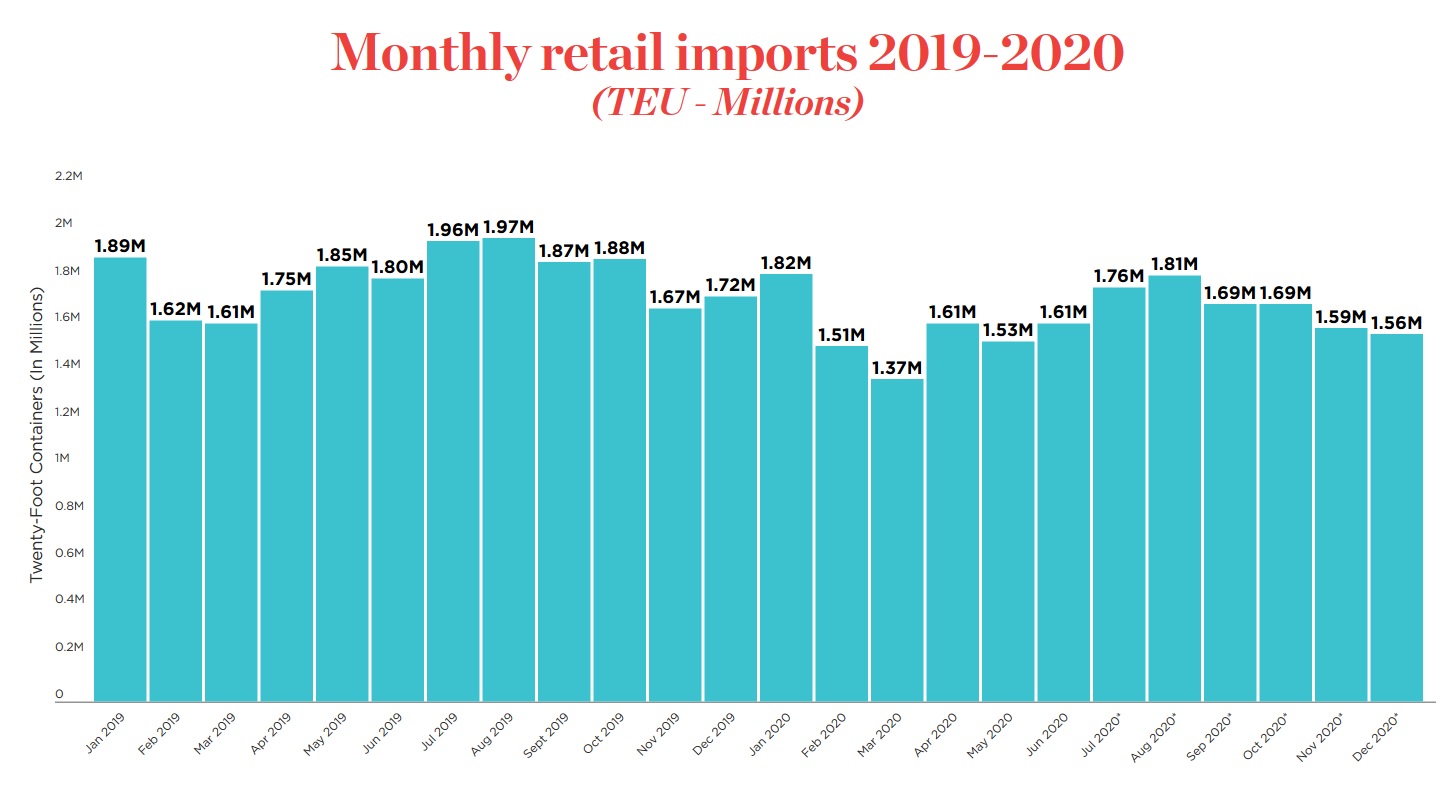 Imports at major U.S. retail container ports during 2020 are expected to see their lowest total in four years as the impact of the coronavirus pandemic on the U.S. economy continues, according to the monthly Global Port Tracker report released today by the National Retail Federation and Hackett Associates.

“The economy is recovering but retailers are being careful not to import more than they can sell,” NRF Vice President for Supply Chain and Customs Policy Jonathan Gold said. “Shelves will be stocked, but this is not the year to be left with warehouses full of unsold merchandise. The more Congress does to put spending money in consumers’ pockets and provide businesses with liquidity, the sooner we can get back to normal.”

U.S. ports covered by Global Port Tracker handled 1.61 million Twenty-Foot Equivalent Units in June, the latest month for which after-the-fact numbers are available. That was up 4.9 percent from May but down 10.5 percent year-over-year. A TEU is one 20-foot-long cargo container or its equivalent. 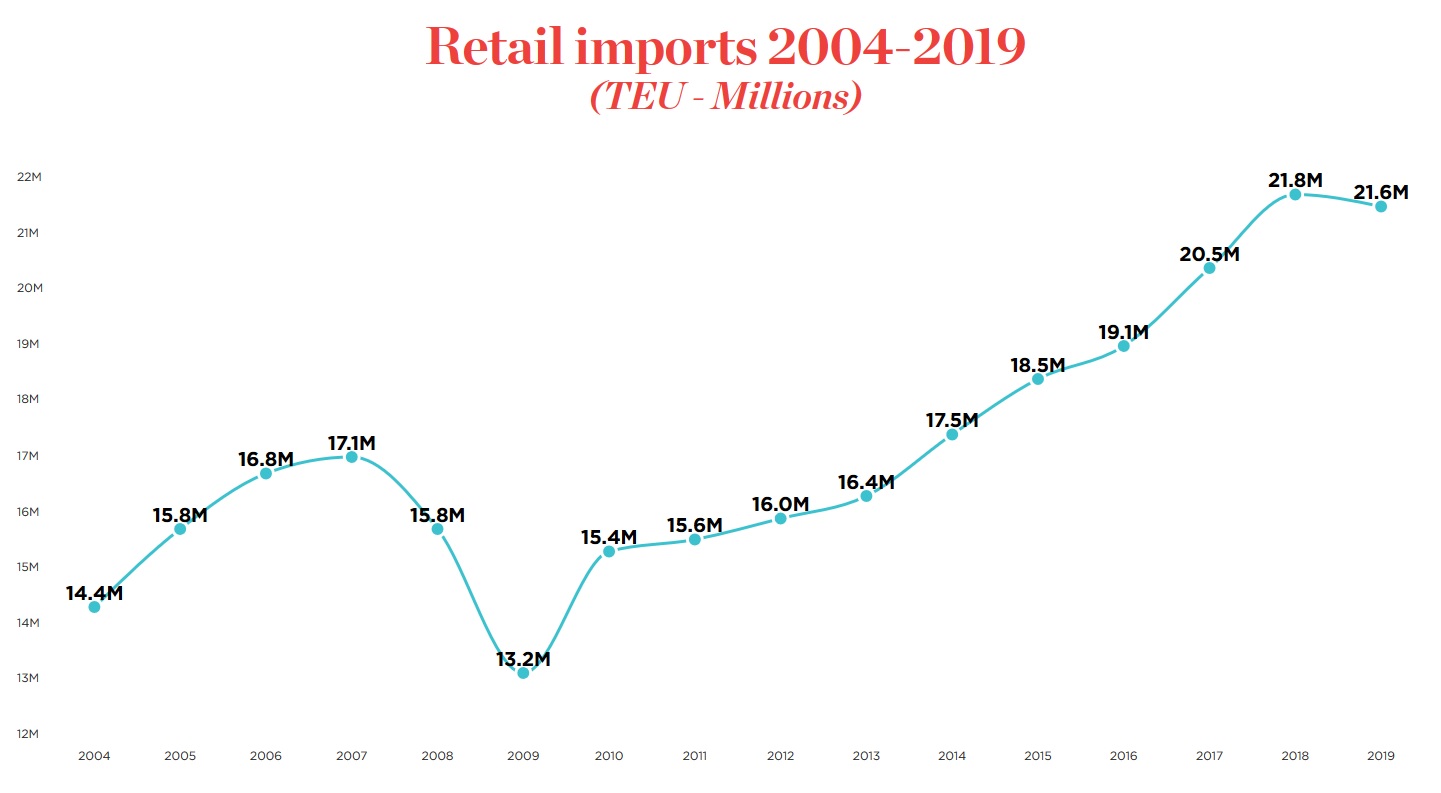 August is expected to be the busiest month of the July-October “peak season” when retailers rush to bring in merchandise for the winter holidays. But with retailers ordering less merchandise, the month’s total would be the lowest peak for the season since 1.73 million TEU in 2016 and falls far short of the 1.96 million TEU peak in 2019. Peak season usually includes the busiest month of the entire year, but this year that was likely January’s 1.82 million TEU.

“This year, peak season seems to have been thrown off by the coronavirus pandemic along with just about everything else we consider normal,” Hackett Associates Founder Ben Hackett said. “We’ve probably already had our busiest month. And with the pandemic taking a hit on the economy ever since then, peak season is likely to be a disappointment by comparison.”

Global Port Tracker, which is produced for NRF by the consulting firm Hackett Associates, provides historical data and forecasts for the U.S. ports of Los Angeles/Long Beach, Oakland, Seattle and Tacoma on the West Coast; New York/New Jersey, Port of Virginia, Charleston, Savannah, Port Everglades, Miami and Jacksonville on the East Coast, and Houston on the Gulf Coast. The report is free to NRF retail members, and subscription information is available at NRF.com/PortTracker or by calling (202) 783-7971. Subscription information for non-members can be found at www.globalporttracker.com.