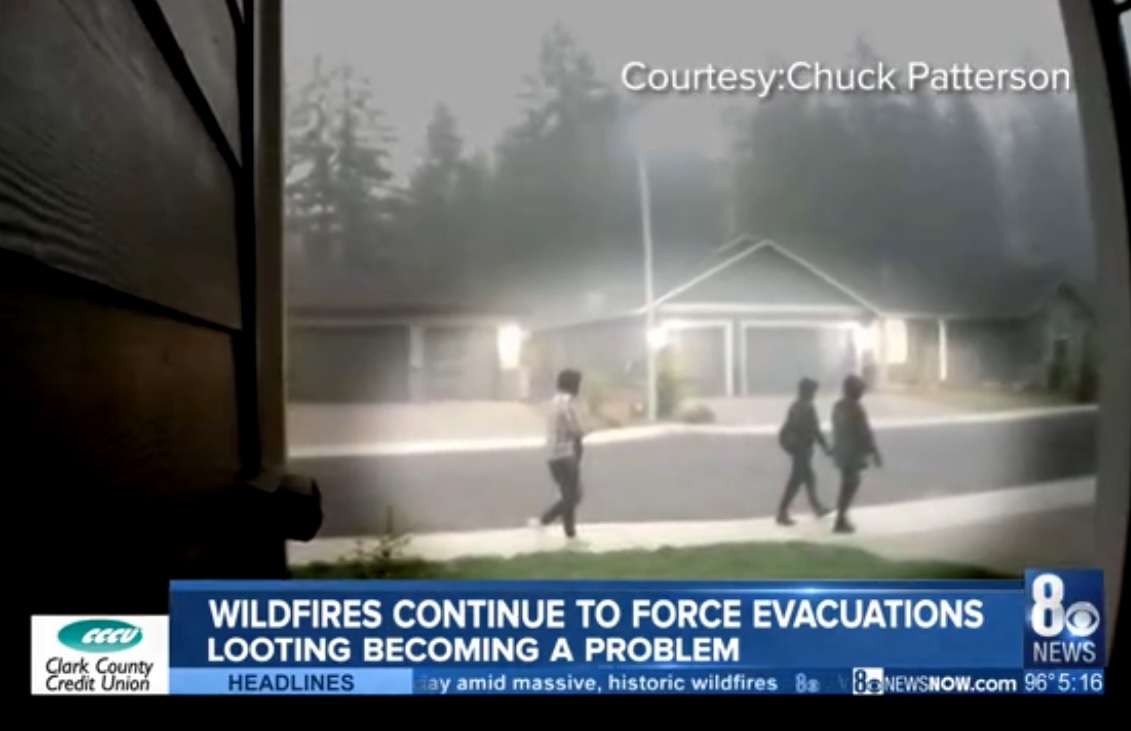 – In Molalla a man was arrested for breaking into a towing company and then stealing a utility terrain vehicle from a local school.

– Two men in a van were spotted in both evacuated cities of Detroit and Gates and tried to flee police by driving through a golf course. When that failed they fled on foot and attempted to break into an evacuated home. In addition to stolen goods, the escape alone cost the golf course $1,5000 in damages.

– Canby residents caught their looters on camera; 8-News Now reports, “On Friday morning, they got a notification from their alarm system saying someone went inside the home. Video of the aftermath shows red bull cans thrown around the kitchen, dog food everywhere, and many items missing. Chuck Patterson says over 60 necklaces and 100 pairs of his wife’s earrings were stolen. Much of it was passed down by family members, some were from Patterson himself, as they were dating in high school.”

– A resident of evacuated town of Vida in lane County spoke to KEZI-TV of looting in their town, “Everything had been rifled through. Drawers were open. Stuff was all over. Credit cards and checkbooks were missing. We’re not sure what else is missing because we haven’t been able to go back up there.”