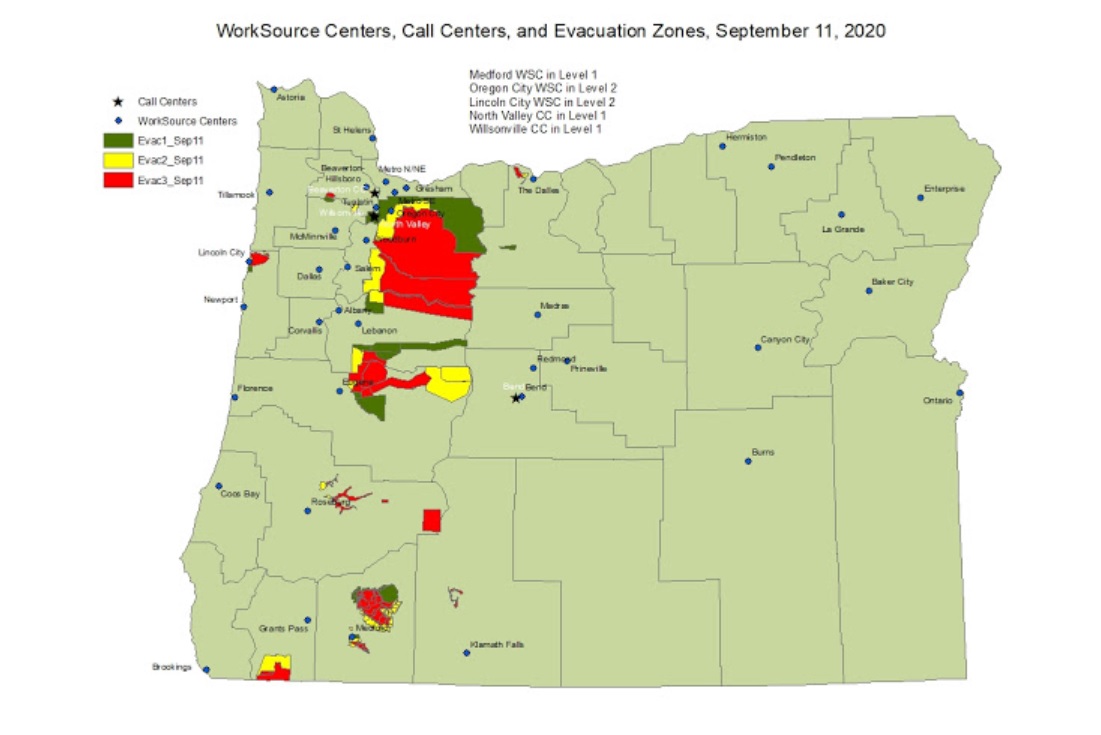 September 11 —  Over the past several days, we’ve watched in collective fear and sadness as nearly 1 million acres of our beautiful state have gone up in flames. While in recent history most wildfires have been isolated to wilderness areas, the 16 fires currently burning across Oregon are destroying homes and businesses in several areas across the state. While the Research Division of the Employment Department cannot quantify or capture the immensity of these losses, we do have information about the businesses and jobs in current wildfire evacuation zones.

To get to such detailed levels of geography, we have to use information from our Quarterly Census of Employment and Wages, and that information has a time lag. So the estimates used here reflect business establishments and jobs covered by Unemployment Insurance taxes as of this time last year, the third quarter of 2019.

One out of 10 business establishments and related employment in current wildfire evacuation zones are in Level 3 (“Go”) status. 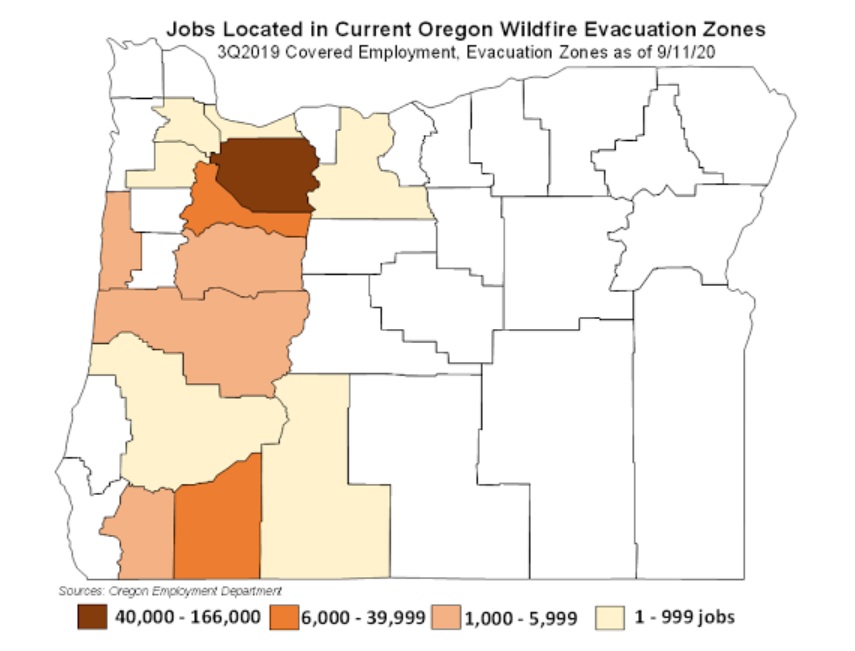 By industry sector, those with the largest job totals in all levels of evacuation zones — health care, retail trade, and leisure and hospitality — are among the state’s largest overall industries. If we look just at the most-impacted, Level 3 areas though, the largest numbers of jobs come from natural resources and mining (3,700), which makes sense given the geography of wildfires. The level of impact is notable though: while natural resources and mining made up 4 percent of all jobs in the third quarter of 2019, the industry accounts for one out of five (18%) of Level 3 evacuation area jobs. Construction is also disproportionately affected, with 13 percent of Level 3 area jobs, compared with 8 percent of all jobs. 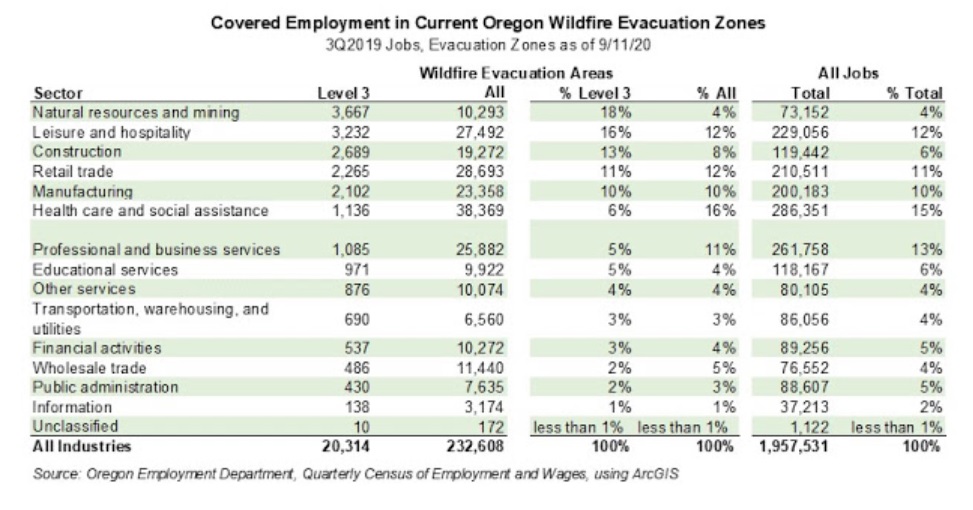