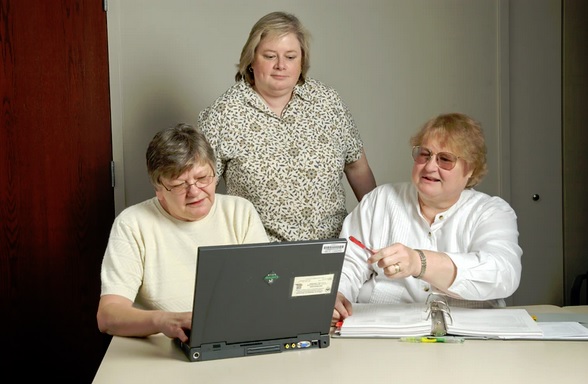 Oregon’s workforce is aging. The number of Oregon jobs held by workers age 55 and over more than tripled from 1992 to 2018, while the total number of jobs grew by just over 50 percent. Workers 55 years and over held just 10 percent of the jobs in 1992. By 2018, that share increased to 23 percent. Driving this trend is the fact that much of the Baby Boomer Generation is now 55 and over, and they are more likely to be in the labor force than previous generations were at this age. Many of these workers are probably planning to retire in the next 10 years, taking their skills and experience with them. Although the aging workforce is a general demographic trend, it impacts employers, industries, and regions to varying degrees.

Industry age profiles vary from the relatively young accommodation and food services sector where just 15 percent of workers are 55 and over to the relatively old mining and quarrying sector where 32 percent of workers are 55 and over. Although natural resources and utilities have high concentrations of older workers, they employ fewer workers than many industries and will require relatively few replacement workers. Some employers within industries with a large number of workers 55 years and older may struggle to find enough suitable workers if they don’t plan ahead. Health care (both private and public) stands out for the size of its aging workforce, with 65,000 workers age 55 and over. Other industries with a large number of workers nearing retirement age are manufacturing (48,000 workers), retail trade (44,000), and private and public educational services (42,000). 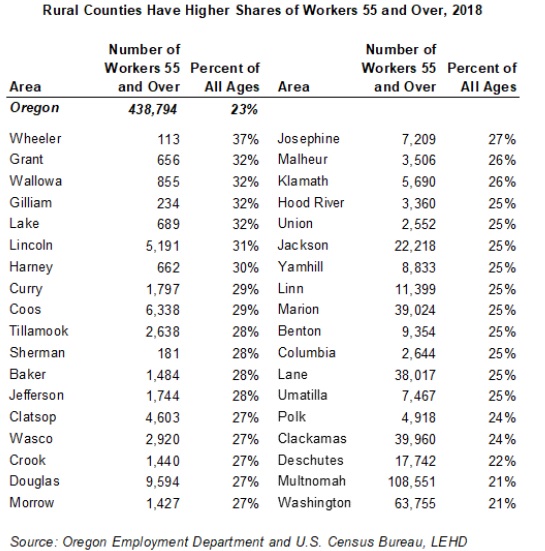 Rural county workforces tend to have a higher share of older workers and will feel the impact of the aging workforce more than metro counties. In rural counties more than one out of four workers is 55 years or older. That represents approximately 84,000 workers in rural Oregon who are probably hoping to retire within the next decade.