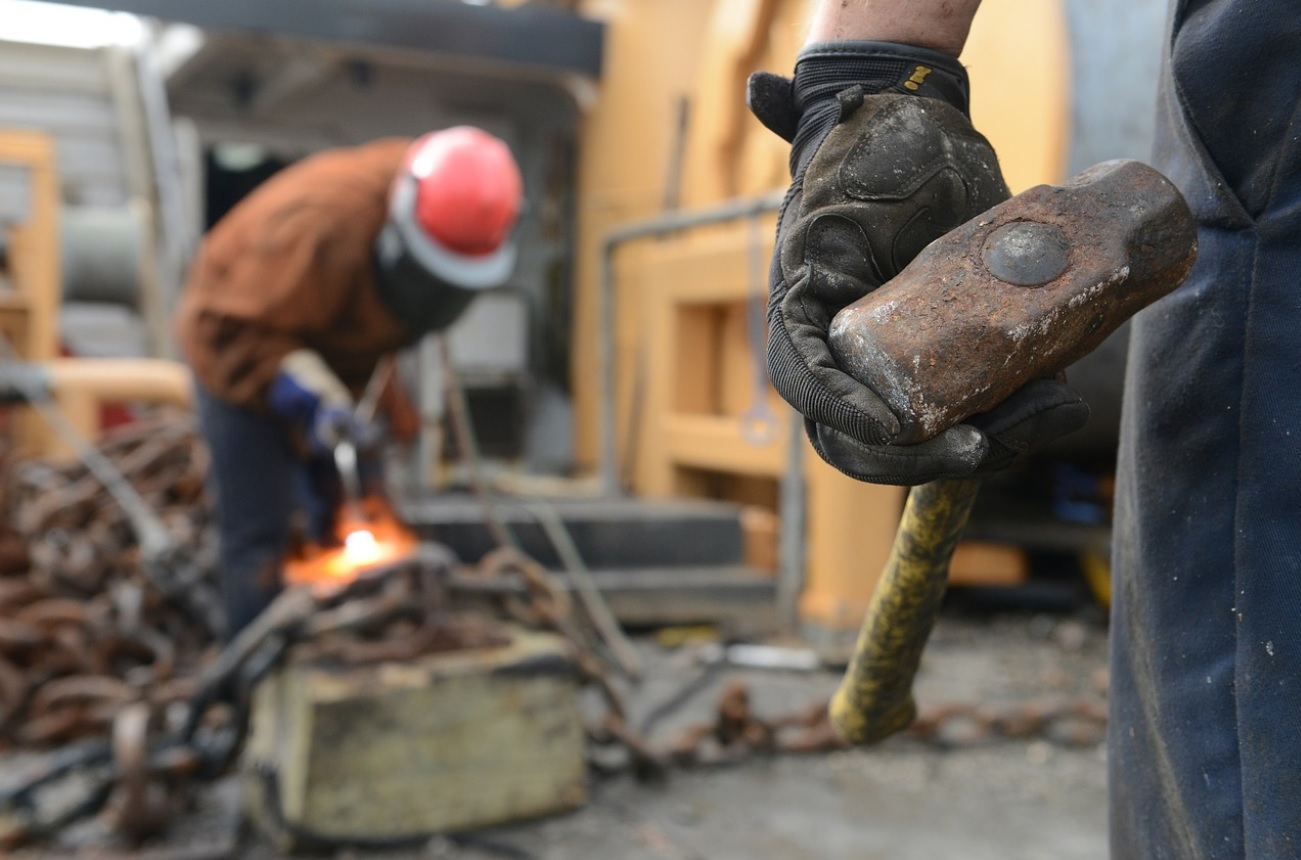 Oregon’s construction industry reached a record high number of jobs in recent months, employing an average of 108,000 during the 12 months ending with October 2019. The industry added jobs steadily and rapidly in recent years, following a prolonged slump in 2009 through 2012, when employment remained near 70,000 for several years after the last recession.

Looking back 30 years, clearly the industry has been highly cyclical – experiencing booms and busts over the course of multi-year expansions that were followed by briefer, but potentially precipitous contractions. 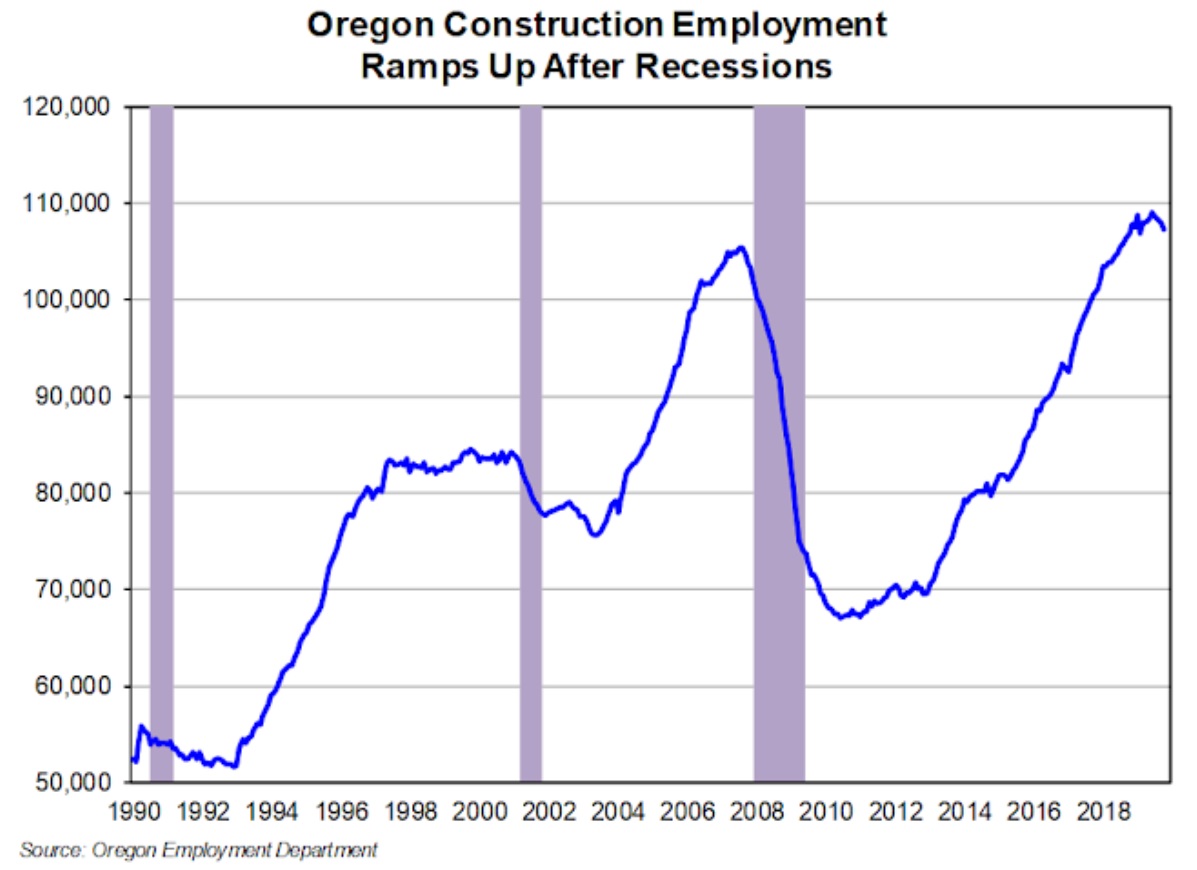 In the late 1990s, the industry hovered close to 80,000 jobs for several years, dropped some jobs in a mild recession and then resumed its climb. Just before the 2008 recession, Oregon’s construction industry was slightly below today’s employment total, at about 104,000 jobs.

During the past several decades, at least since the late 1980s, Oregon’s economy and population have been on a generally expansionary trend. Population typically grew about 1 percent per year, primarily due to net in-migration – more people moving into Oregon compared with the number moving out.

The housing-price boom leading up to the last recession coincided with the biggest share of construction jobs, as construction employed 6 percent of all nonfarm payroll jobs during much of 2006 and 2007. Currently, Oregon’s construction industry isn’t quite as concentrated as that period, with 5.5 percent of nonfarm jobs in the industry as of October of this year. This is moderately above the 4.9 percent average over the past 30 years.

Leading up to the past two national recessions, Oregon’s construction employment has either trended downward, as was the case in 1997 through 2000, or abruptly tanked, as occurred just prior to, and certainly during, the recession of 2008 and 2009. Over the past 12 months, the industry has stalled at a high level of employment, following rapid growth over the past several years.

One of the reasons that the current economic expansion – both in Oregon and at the national level – has been so long and persistent is due to the pattern of housing starts. In the several years immediately following the last recession, building permits and housing starts were very low by historic standards. The low level of residential construction activity and spending was a limiting factor for economic growth, given that new-home building is a major component of change in the overall dollar value of economic activity for a region. In Oregon, residential building permits (single-family and multi-family combined) stagnated near an average monthly rate of 600 during 2009 through 2011, but have since climbed to the current rate of 1,700 per month. Despite the near-tripling of monthly housing permits in the time span, we’re still well below peak levels seen during several periods during the 1990s and mid-2000s, not to mention the house-building boom in the late 1970s, when building permit activity was double the current level. 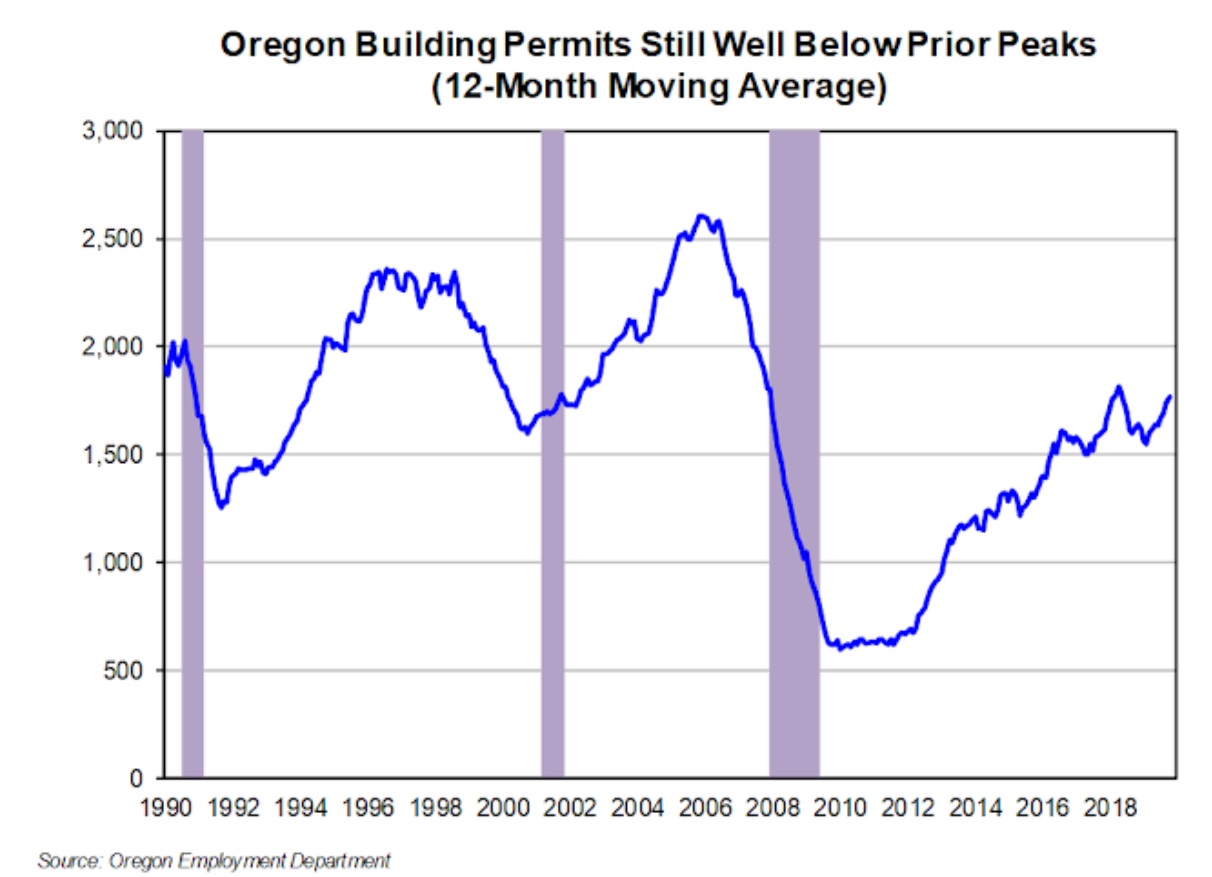 Construction activity includes more than just building homes and apartments. There is road construction and commercial construction, as well as remodeling and other forms of construction employment. This brief article looked at the trends over time in residential building permits, as they are a key measurement that is readily available to assess Oregon’s construction industry.

Overall, Oregon’s construction employment trends indicate that we are currently experiencing booming times in the industry. Oregon has gone through several cycles in the construction industry over the past several decades. Our current situation, while near a record high in terms of overall construction jobs, is not running at as frenzied a pace as has been seen in the past, at least when measured relative to the state’s ever-growing population.