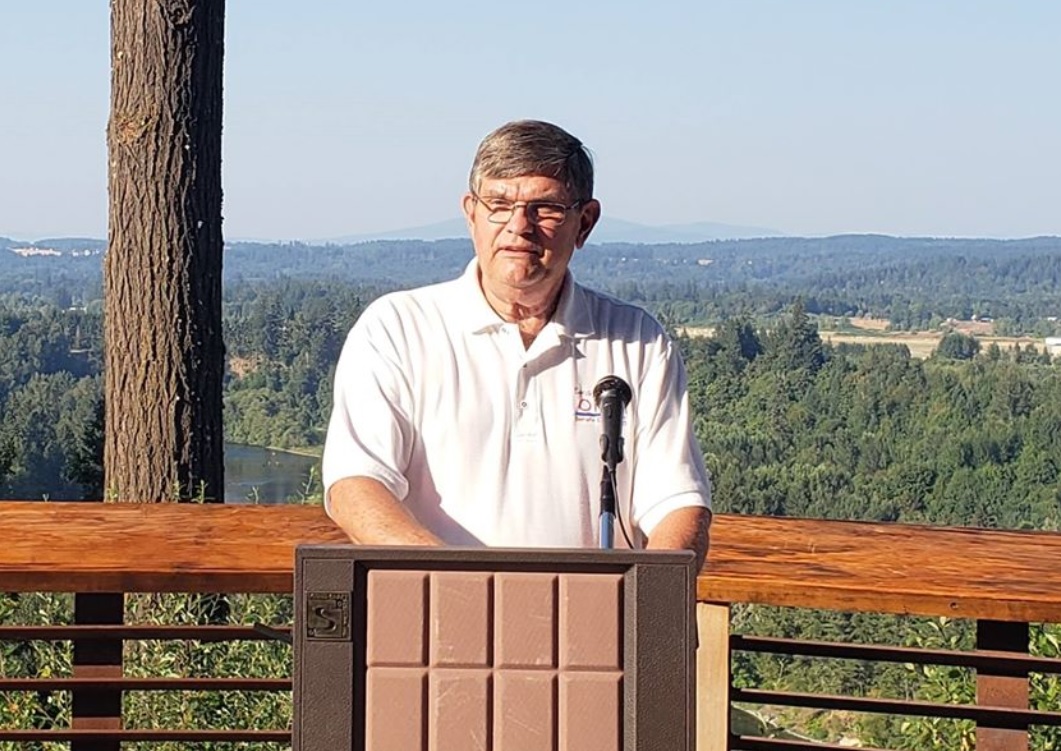 I would first like to state that climate change is happening, has happened in the past, back to the beginning of the earth, and will happen in the future. The question is not that there is climate change, the question is whether man-made carbon dioxide, which is known as anthropocentric green house gas emissions, is the cause of the rising levels of CO2 in our atmosphere.

Cap and trade is an interesting economic concept. I believe the best way to show how it works is to use the analogy of your weekly garbage can as the method to explain the ins and outs of the legislation.

The purpose of the cap is to reduce garbage. With enough money, you can continue to produce your 150 pounds of trash if you can find willing folks to accept your extra trash for payments.

This is a simplistic view of cap and trade, but in reality, companies who emit CO2 over the legislated limit will have to undertake the same process to find
someone who will sell them credits for their excess emissions. Sounds simple, but when there are over 100 companies that emit more CO2 than allowed, finding those people who will sell credits to them becomes difficult and costly.

The legislation is designed to reduce the amount of CO2 that is put into the atmosphere by a long list of companies, including electric and gas utilities, manufacturers, and fuel distributors. The reduction is predicated on those companies’ ability to buy these credits to maintain production. Most new technologies do not exist for companies to reduce output without buying the credits.

To accomplish cap and trade legislation, the legislature creates a Climate Policy office whose director will be appointed by the Governor. Provisions of this bill give the director unfettered power to create laws and rules that will impact every corner of this state. The new agency will add over 60 new employees to oversee the massive number of rules, laws, and revenue that will be generated by the office. The revenue will come from selling credits for CO2 pollution. The office will be subject to oversight by a committee established with Senators and Representatives that will be tasked to “provide general legislative oversight.” We saw how well that type of oversight worked with the Business Energy Tax Credit, BETC, when $1.2 B was handed out with very little oversight.

An interesting section of the legislation gives the director of the agency the ability to “ institute actions or proceedings for legal and equitable remedies to enforce compliance or to restrain further violations” if the Director “has good cause to believe that any person is engaged in or is about to engage in any acts or practices that constitute a violation” of this legislation. So even if you have not done anything wrong, if the Director thinks you are about to do something wrong, you can be in trouble. As I said, the director is given unfettered power under this legislation and is not elected by the people. The director can also lock the State of Oregon into contracts with other entities inside and outside of the State without oversight from the Legislature.

Let’s see what else is covered in this legislation:

• At least 5 NEW committees will be formed
• 3 agencies will have their respective missions, established by the legislature, impacted.
• At least 7 new funds will be established to direct the NEW money that will come into the state’s coffers
• $10M will be allocated to make reparations to those who lose their jobs because of this legislation. That is for only the first year
• All funds spent on infrastructure must be done by union labor
• Fuel prices are anticipated to increase by $0.25 /gal in the first year alone. Projections for the life of this bill indicate fuel may go up by $3.00/ gal. This will be, if passed, the FOURTH TAX on your gasoline and diesel fuel.
• This fuel tax money, which is the lions share, will not go to building new roads, but to light rail, bike paths, dedicated lanes for rapid transit. You get the picture. NO NEW ROADS
• To reduce economic harm, the legislation provides free allowances to those companies that may go out of business or leave the state, Leakage, because of this new tax
• Because of expected higher electric and natural gas bills, the legislation also gives free credits to the utilities to help low income Oregonians pay those utility bills. A 2014 economic impact statement stated that the most income brackets will suffer negatively because of this type of legislation
• Some of the largest polluters will be exempt. Why? Politics!
• The proponents want to take this legislation to the Supreme Court to make sure it is not a “tax.” They can then spend the money anyway they wish.
• There is an emergency clause so that We the People cannot stop the bill from taking effect.
• The money for the common school fund does not get to the classroom, but is to be used for weatherization, etc.

It is a 100-page bill designed to reduce CO2 without any guarantees that it will. Oregon produces just 0.7% of Americas emissions. An energy market expert at UC Berkley stated that the current cap and trade market in California is not doing very much to reduce CO2.

It is raising hundreds and hundreds of millions of dollars for California and is exploding the cost of living in that state.

This legislation will generate over $500M in the first year alone. It will drive up prices in all areas of your life, just as the $3B in new taxes this year will impact your finances.

A co-sponsor of the bill stated that higher fuel prices under this legislation will help steer the economy toward cleaner energy. They left off that it will drive many into the poor house due to higher energy costs.

Oregon has gone to great lengths to protect its’ environment and reduce CO2 emissions. Energy Trust has reduced emissions in our state by 29.3M Metric tons since 2002 and the Low Carbon Fuel Standard has removed over 948,000 metric tons just last year alone for less than 1/10th of a penny per gallon.
Will a new $550M tax on CO2 accomplish anything other than provide cash to the State coffers? That is the question we must ask.