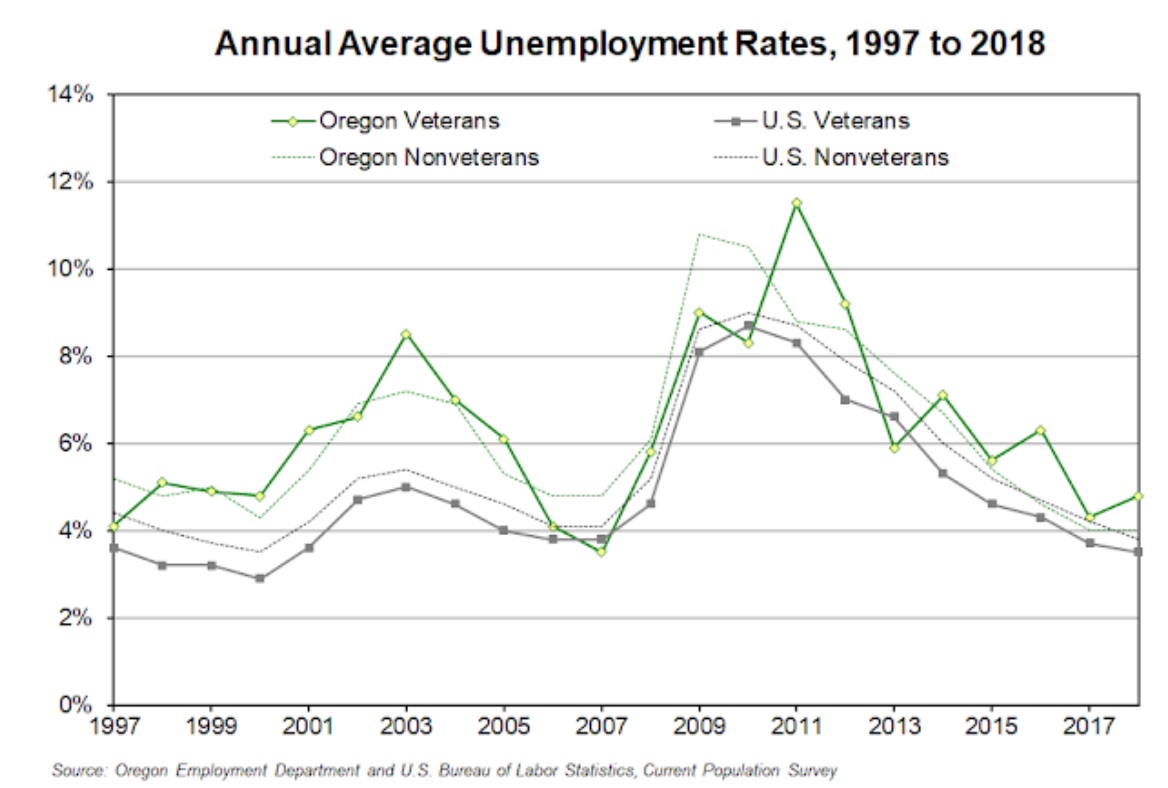 In 2018, Oregon’s veterans earned a higher median income ($40,012) than nonveterans ($30,979). Education could be one of the factors influencing veterans’ higher median income. Among Oregon veterans ages 25 years and older, 42.6 percent have an associate’s degree or some college compared with 33.5 percent of nonveterans. About 5.4 percent of veterans don’t have a high school diploma, while 9.9 percent of nonveterans don’t have a high school diploma. Higher educational attainment generally translates into higher earnings. 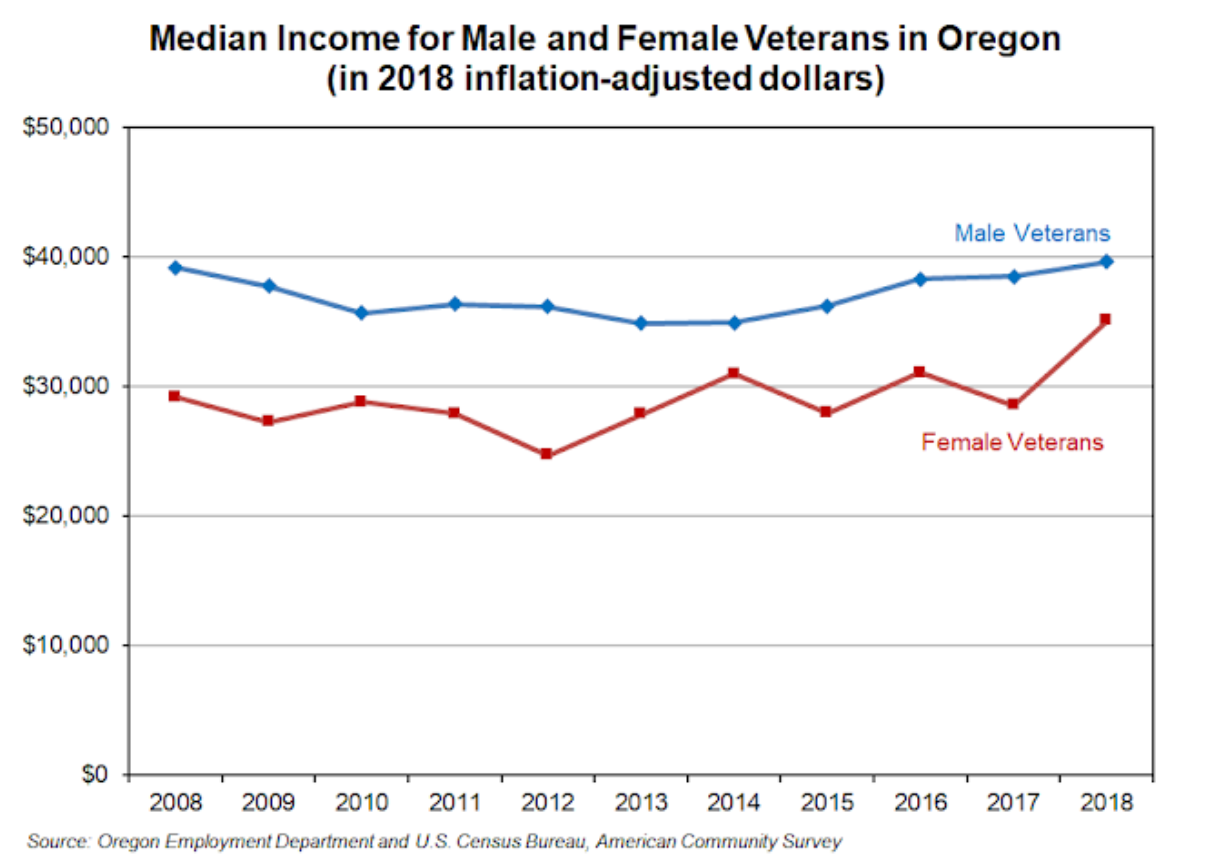