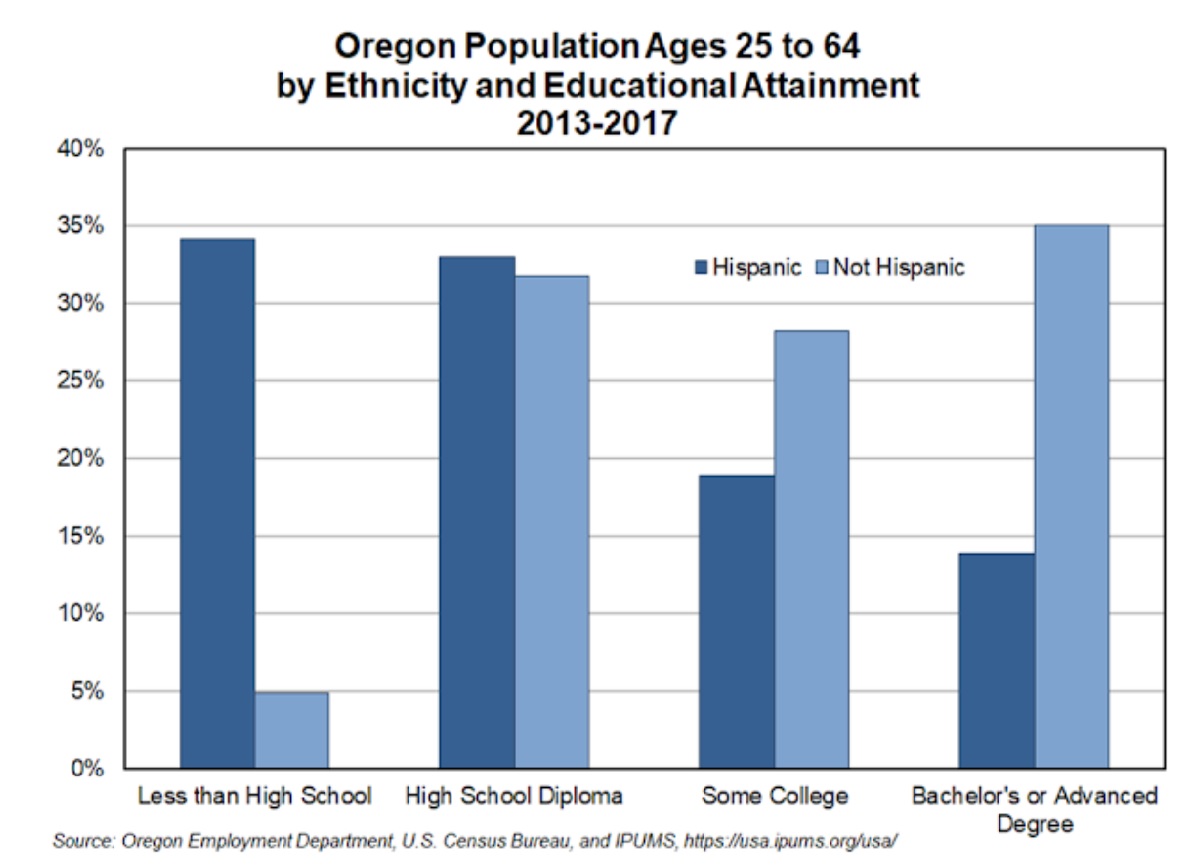 According to the 2013-2017 five-year ACS estimates (the most current available), Oregon had roughly 2.1 million people between the ages of 25 and 64. Of them, 236,000 were of Hispanic or Latino origin, while the state’s non-Hispanic population in the same prime working age range totaled 1.9 million. The non-Hispanic population includes Oregonians of any race (African-American, Asian, Native American, White, or any other race(s)) that did not self-identify as Hispanic or Latino.

Employment and labor force participation also varied notably between Hispanic and non-Hispanic populations. At all education levels, larger shares of the Hispanic prime working age population were in the labor force. The largest disparities occurred among those with less education. Nearly half (45%) of the non-Hispanic population with less than a high school degree sat out of the labor force, compared with 21 percent of Hispanic or Latino Oregonians in the same age group. Among those with at least some college education, shares of the population who were employed looked quite similar. 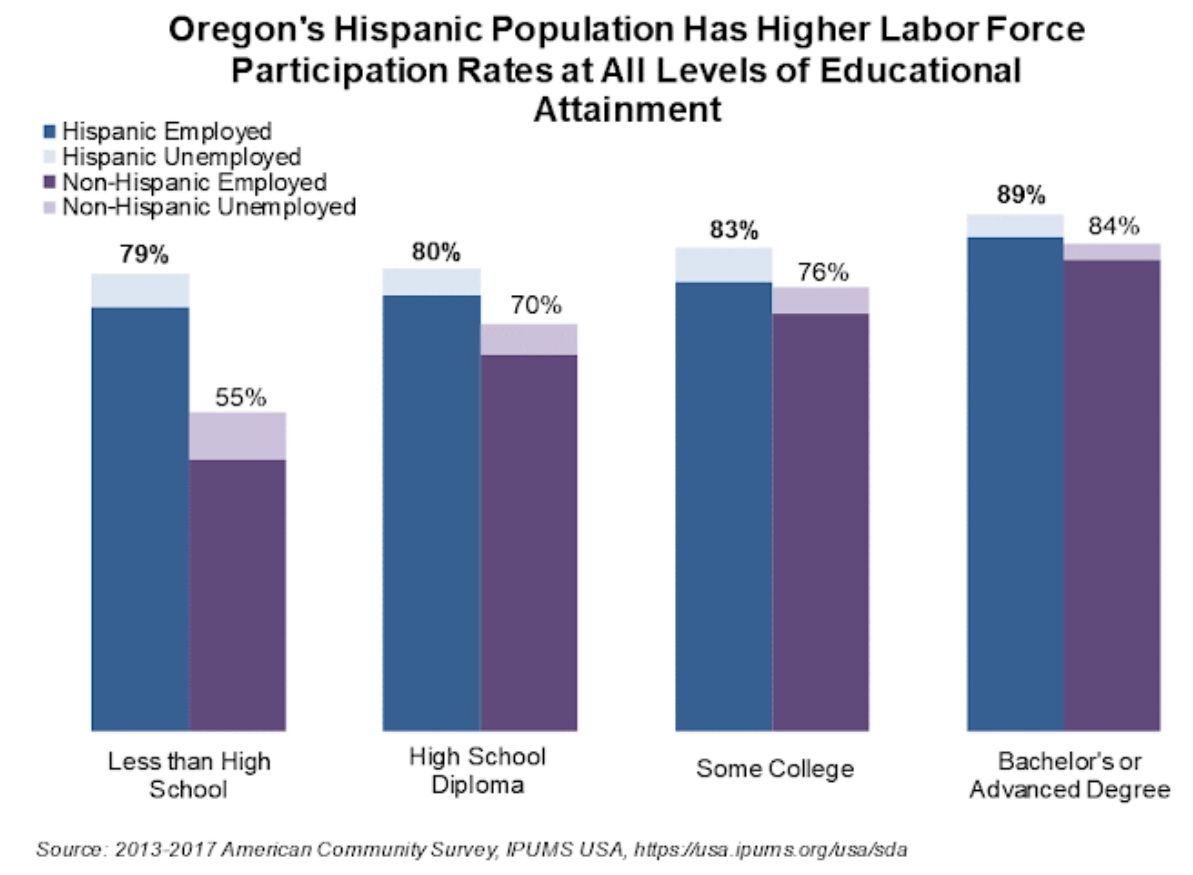 Hispanic and Latino workers ages 25 to 64 with a high school diploma or less were particularly concentrated in lower-wage industries. Annual wages for all jobs covered by Unemployment Insurance in Oregon averaged $52,400 in 2018. While roughly one-third (35%) of all non-Hispanic workers held jobs in sectors that paid below the all-industry average, nearly half (48%) of Hispanic workers did. As educational attainment increased, the distribution of industry employment looked similar by ethnicity. 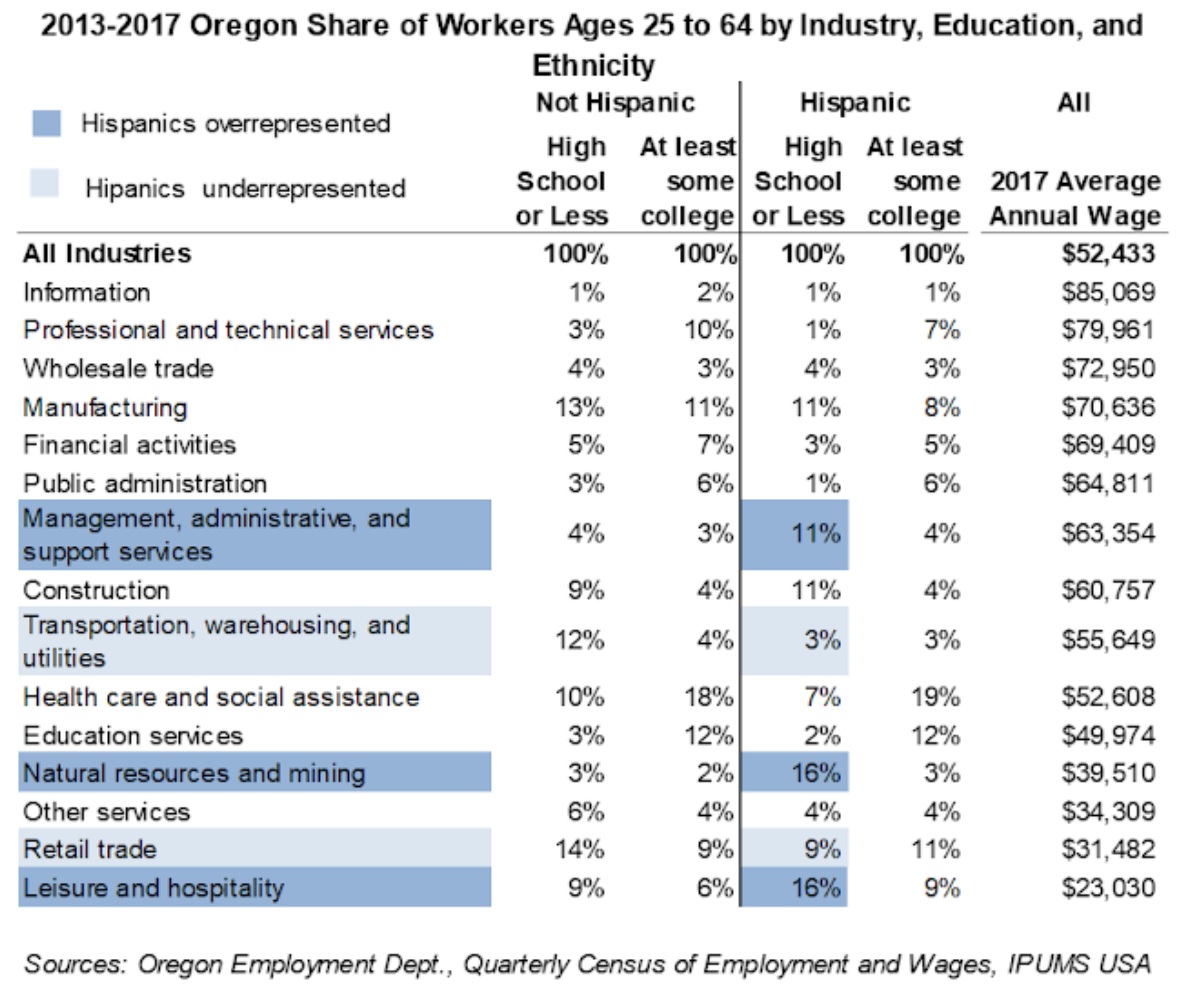 Overall, the portion of Oregonians ages 25 to 64 that participated in the labor force and held jobs increased along with educational attainment. Employed Oregonians with more education were also more likely to work in higher-wage industries. Larger shares of the Oregon’s Hispanic or Latino prime working age population had not earned a high school diploma. Hispanic and Latino workers were more concentrated in lower-paying industries. Additional data about the demographic and educational attainment characteristics of workers can be found on the IPUMS USA website, https://usa.ipums.org/usa/.