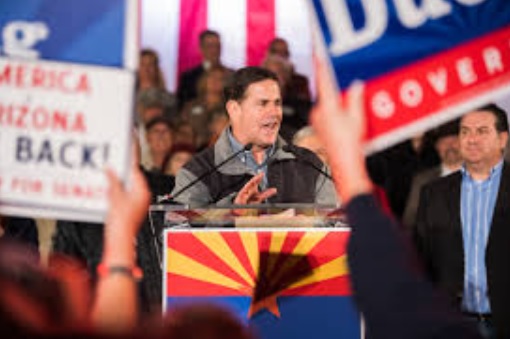 Arizona’s state motto is “Ditat Deus”—“God enriches”—but residents might want to thank Gov. Doug Ducey and lawmakers, too. This month they adopted three new licensing reforms that will make it easier to earn a decent living.

The new law makes Arizona the first state to recognize out-of-state occupational licenses. Arizona’s broad and burdensome licensing regime has been one of the worst in the U.S., though it’s the fourth fastest-growing state.

The new legislation applies to more than 40 professions, from cosmetologists and court reporters to psychologists and surgeons. Newcomers often had to pay hundreds of dollars and spend thousands of hours in training before they could practice their occupation in Arizona—even if they had done the same job safely for years elsewhere.

They’ll now receive an Arizona license as long as they’ve held a comparable one in another state for at least a year. To ensure safety, newcomers would be denied licensing recognition if they had a disqualifying criminal record or faced an open complaint or investigation for unprofessional conduct.

Mr. Ducey also signed legislation this month that targets onerous licensing requirements for salon workers. Arizona has long required hair stylists to complete a minimum of 1,000 hours of training, even if they never handle chemicals or scissors. Cosmetology schools claimed the mandate protects the public, but they profited from the state’s requirement.

Now Arizona will allow salon workers to do blowouts, straightening, curling or other basic styling after they complete a simple course from the state Board of Cosmetology on sanitation and preventing infectious disease. The reform opens up an appealing job option for low-skilled workers who otherwise would have had to pay between $8,000 and $15,000 for schooling to do the same work, says Republican state Sen. Michelle Ugenti-Rita.

On April 1, Gov. Ducey signed the Ice Cream Freedom Bill, which loosens licensing for mom-and-pop restaurants and vendors that make their own small-batch ice cream for customers to eat on-site. The old rules drew no distinction between these small outfits and major ice-cream manufacturers. Establishments like Churn—a Phoenix shop whose largest ice-cream batch is eight gallons—could be ordered to buy industrial repasturization equipment that costs tens of thousands of dollars and consumes enormous amounts of electricity.

Under the new rules, they have to pass a simple inspection. The legislation affects a handful of small businesses, but GOP state Rep. Jeff Weninger, says it’s part of a larger message: “We are open for business, and we’re trying to cut back on red tape here in the state of Arizona.”

Since 2017 Arizona has also passed laws waiving occupational licensing fees for its poorest residents and allowing more workers to obtain a license despite a criminal history, provided there’s little risk to public safety. With opportunities like these opening up, it’s no wonder Arizona is growing fast.