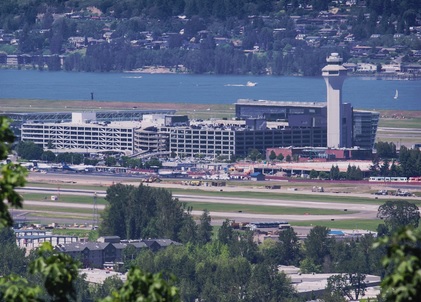 Deshawn Antonio Kelly, 27, a Portland resident and former baggage handler at Portland International Airport, pleaded guilty to five counts of possessing a stolen firearm after he was caught stealing firearms from the checked luggage of airline passengers.

According to court documents, between August 19, 2018 and September 17, 2018, Kelly was employed as a contract baggage handler at Portland International Airport. Over a four-week period beginning August 19, 2018, Kelly stole six firearms— three 9mm pistols, two .40 caliber pistols and one .45 caliber pistol—from five different checked bags. The guns were checked by passengers traveling to and from Oregon.

On September 25, 2018, Kelly was arrested at the airport and search warrants were conducted on his person, vehicle and residence. Kelly admitted to stealing the six firearms, and told investigators where they were located.

A charge of possessing a stolen firearm carries a maximum sentence of 10 years in prison, a $250,000 fine and three years’ supervised release. Kelly will be sentenced on July 29, 2019 before U.S. District Court Judge Michael H. Simon.

This case was investigated by the FBI and the Port of Portland Police and is being prosecuted by Hannah Horsley, Assistant U.S. Attorney for the District of Oregon.