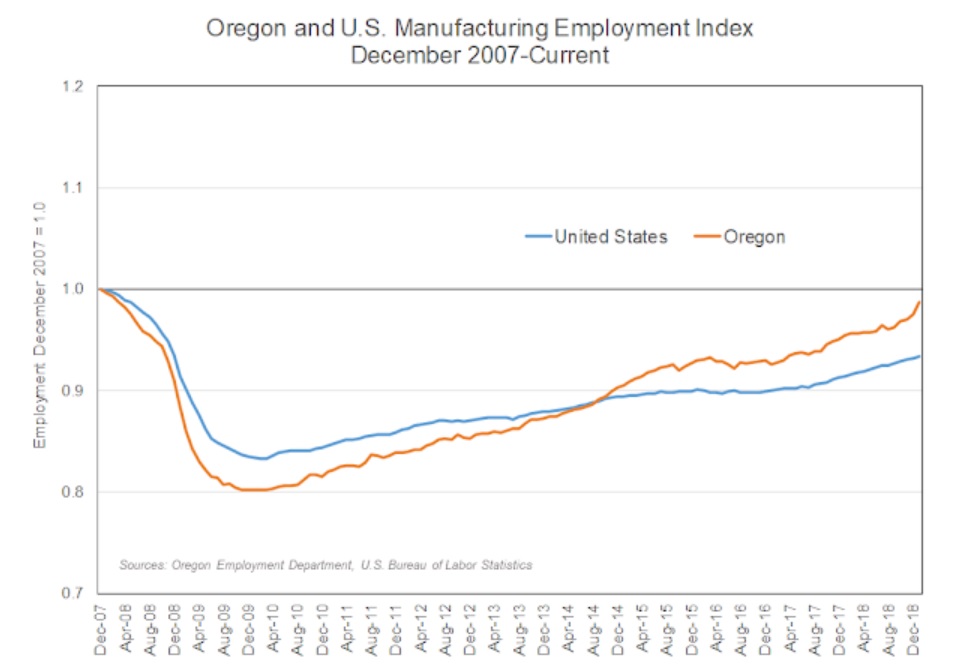 Oregon-made products have secured a spot on store shelves around the country, and even the world. Some of these products have obvious Oregon roots, tasty things like marionberry jam, cheese, fine wines, and beers that say ‘Oregon’ right on the label. Some Oregon-made products remain out of view, however. For example, components in the device you’re reading this article with might have been made right here in Oregon. Whether you can see it on the label or not, Oregon’s manufacturing sector produces products ranging from basic wooden pellets to precise aerospace parts. The diverse sector is a fundamental component of the state’s identity, and will remain so as it continues to grow.

On top of faster growth, Oregon’s manufacturing sector is also a larger component of the economy than it is for the nation. While manufacturing made up 8.5 percent of payroll employment in the United States in 2018, it made up 10.2 percent of Oregon’s employment.