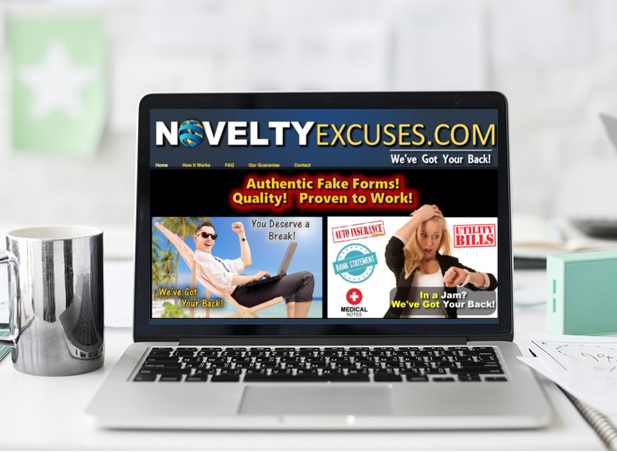 Federal officials shut down an Oregon man’s website that sold fake documents identity thieves could use to defraud innocent victims.

Steven Simmons, who operated www.noveltyexcuses under the company name of Integrated Flight Solutions of Beaverton, agreed to permanently shut down his business as part of a settlement with the Federal Trade Commission.

The FTC announced that Simmons and two other people—one in California, the other in Texas—operated websites that sold fake pay stubs, utility bills, income tax forms, medical records and other documents that could be used for criminal activity, such as identity theft and tax fraud.

All three accused of unfair practices agreed to close their businesses.

“The sale of fake documents makes it easy for identity thieves and scammers to ply their trade,” said Andrew Smith, director of the FTC’s Bureau of Consumer Protection.
The FTC reported that identity theft was the second biggest category of consumer complaints in 2017, second only to credit card fraud, according to a Sept. 18 FTC press release.

U.S. District Judge Michael W. Mosman in Portland issued a permanent injunction against Simmons after the settlement was reached. He ordered Simmons to pay $15,000, which was suspended because of his inability to pay, and prohibited him from advertising, marketing, or selling fake documents or services.

If he is later found to have misrepresented his finances, Simmons will be required to pay the fine.