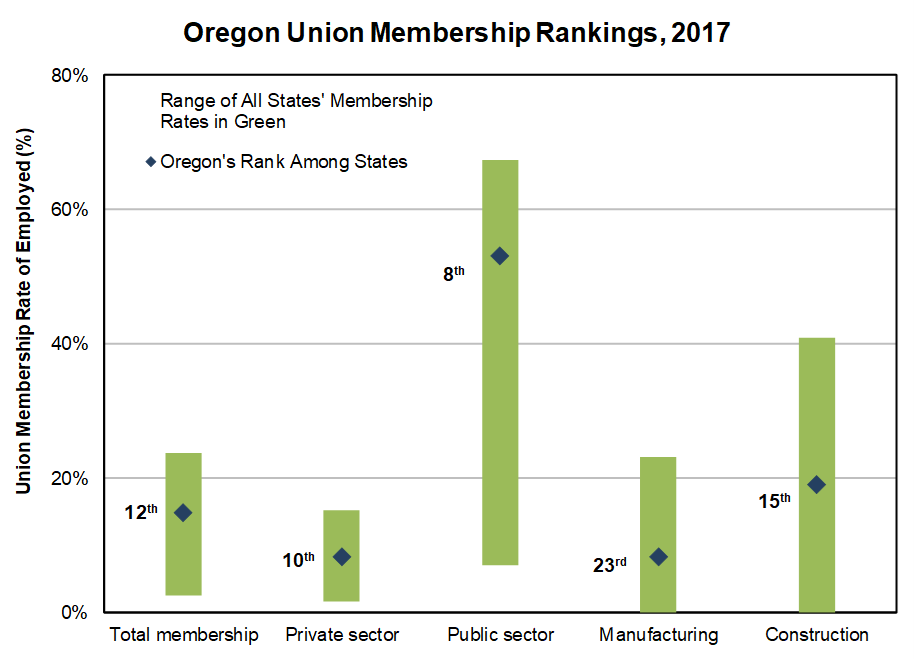 Oregon consistently outpaces the U.S. in union membership as a share of total employment. In 2017, 14.9 percent of Oregon’s workers were union members, compared with 10.7 percent for the U.S. Employees who are not union members but whose jobs are covered by union contracts slightly increased the share of union coverage beyond membership rates in both the U.S. and Oregon. The share of covered workers in Oregon totaled 15.7 percent, while the U.S. coverage rate was 11.9 percent in 2017.

Oregon remains among the most unionized states. In 2017, Oregon’s concentration of total union membership ranked 12th highest among the 50 states and the District of Columbia. The state’s public-sector membership (53.1%) ranked 8th highest, and the private sector’s 8.3 percent rate ranked 10th.