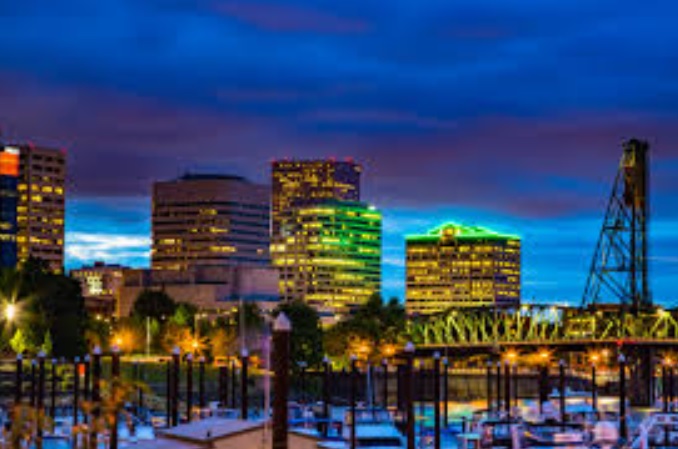 Traffic, homelessness and affordability are the top of mind challenges as the region’s prosperity inches upwards.

Portland may have just turned 167 years old, but the Rose City is still growing up. While population has steadily increased since 2004 and employment is seeing strong gains, issues related to affordability will threaten economic opportunity if left unaddressed.

Recently, the Value of Jobs coalition, led by the Portland Business Alliance, released the 2017 Economic Check-Up, which highlights strengths and weaknesses in the Portland-metro economy. The annual check-up, conducted by ECONorthwest, began in 2010 as an indicator of how our region was recovering from the chaos of the Great Recession. With the recession squarely in the rearview mirror, the coalition took the opportunity to better reflect on Portland’s economy through a new lens of analyses, including expanding the set of economic metrics used and establishing a new set of comparator regions: Nashville, Salt Lake City, Indianapolis, Austin and Seattle.

First, the good news: Though our region’s median household income is lower than Seattle’s and Austin’s, it grew faster in the period between 2010 and 2016 than any other comparator region. This is a reversal from longstanding trends that showed economic stagnation for low- and middle-income Portland-metro residents, indicating growth among household income at all income levels. In addition, the check-up found the share of our neighbors living below the federal poverty line fell.

Portland-metro continues to see significant job growth and our workforce is more skilled and more educated, surpassing all other comparator regions with a 7 percent increase in the share of the population age 25 years or older with post-secondary degrees. While Portland-metro lags Seattle and Austin in the overall population with post-secondary degrees, we are clearly making progress, which bodes well for our future.

Amidst these economic gains, serious challenges remain for our region, particularly around affordability and ensuring everyone is sharing in our region’s economic opportunities.

The public opinion poll, conducted by DHM Research, showed the top three concerns for voters in the region are affordable housing, traffic congestion and homelessness. For the first time, jobs and education funding didn’t crack the top five community concerns. Taxes, however, rounded out the top five for the first time, right behind road/highway conditions.

The lack of affordable housing in the region can also lead to low-income and minority community displacement. The Economic Check-Up shows that while job growth is steady and household incomes rose for all races and ethnicities, many of our communities of color are not sharing equally in this prosperity. The disparities between African American and Hispanic households versus white and Asian households are daunting. In fact, only this year did African American households recover to pre-recession income levels. As the region becomes more diverse, it is critical to ensure all Portland-metro residents have opportunity to benefit from our growing economic prosperity.

Traffic, which is a top concern for voters, is getting worse according to the check-up, with 41 percent of the Portland-metro population commuting 30 minutes or longer, up from 36 percent just six years prior. As homes that are affordable to families move farther to the edges of the region, this growth in commutes and the concern it is causing voters, will only become worse unless addressed through targeted transportation investments and an increase in affordable workforce housing throughout the region.

While the 2017 Economic Check-Up was largely positive, the region’s residents are experiencing the side effects of some of those economic gains. Findings from the poll show that a majority of voters believe the region is headed in the right direction for the first time since the recession, but social and quality-of-life issues are replacing jobs and the economy as major concerns.

If Portland is to continue seeing the benefits of our unprecedented growth, the region must provide opportunity for all. Everyone should have an affordable place to live that is near a job they are secure in. Rising wages and household incomes are helping, but housing supply needs to keep pace with our growing population. As we chart a course for 2018, local leaders should be mindful about what the data — and voters — are expressing.