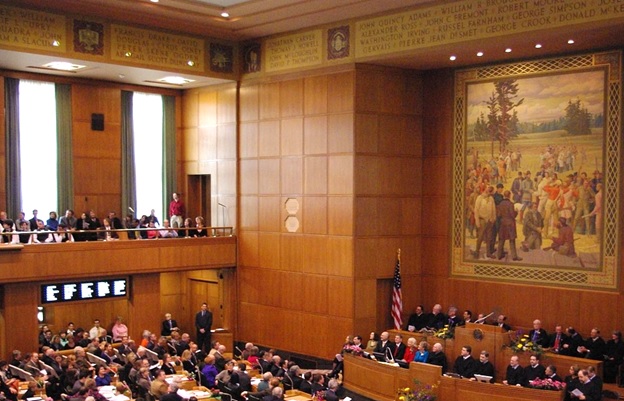 Last month, Gov. Kate Brown signed a bill into law that is estimated to generate more than $1 billion in revenue for the state over the next six years by “disconnecting” our state income tax code from the new 20 percent deduction for qualifying pass-through business income – a key feature of the federal Tax Cuts & Jobs Act of 2017.

Normally, when changes occur in the federal tax code, Oregon automatically connects to those changes. A new federal deduction would typically mean that Oregon would also honor the deduction for the purposes of determining a taxpayer’s state income tax liability.

During the 2018 legislative session, this quickly became one of the most talked-about and controversial issues. Senate Bill 1528 ended up passing with bi-partisan opposition in both chambers. Nevertheless, the bill made its way to the governor’s desk, and after weeks of deliberation, she signed it.

The enactment of SB 1528 negated state-level tax relief for every pass-through entity in the state – every S corporation, partnership, limited liability company, and sole proprietorship – hundreds of thousands of Oregon’s small businesses.

When Governor Brown announced her intention to sign the bill, she surprised many by also calling for a special legislative session. It would be Oregon’s first since 2013, when, coincidentally, the subject of small-business taxes was also front-and-center.

The 2013 special session included a new tax policy for pass-through businesses – the Small Business Tax Cut. Because small businesses are overwhelmingly structured as pass-through entities, their business income “passes through” from the business to their personal income, for which they are taxed by the state using Oregon’s regular individual income tax rates. The Small Business Tax Cut created a structure of lower rates for individual business owners meeting certain requirements.

This Oregon-specific policy is important to keep in mind for several reasons. Most notably, it was a key factor leading to the governor’s decision to sign SB 1528. In a letter dated April 6, 2018, to Oregon’s secretary of state, Governor Brown describes a scenario in which an Oregon business could benefit from both the Oregon Small Business Tax Cut policy and the new 20 percent deduction (had she vetoed SB 1528.) She describes this as “inherently unfair to all other taxpayers.”

The Oregon Small Business Tax Cut policy is also, ultimately, her reason for convening a special session, which will likely begin on May 21. The governor opines that the policy, “which is relatively new, is not perfect and has some inequities in it.” Since under current law, only S corps and partnerships can qualify for the lower tax rates, her solution is to add an estimated 9,000 – 12,000 sole proprietorships to the policy, out of more than 200,000 statewide (all of whom were just denied a tax break by the signing of SB 1528).

In an April 25 news release, the governor states, “It is universally acknowledged that these small businesses are treated unfairly as compared to their competitors in Oregon’s tax system.” Indeed, the problem is universally acknowledged, but regarding a solution, consensus remains elusive. After much debate, including public hearings and on-going negotiations spanning the last two legislative sessions, there are still more questions than answers.

Why is participation in the Small Business Tax Cut policy an irrevocable taxpayer election that must be made on taxpayer’s original return? What about amended returns?

Why did the Oregon House of Representatives, just last year, attempt to exclude the smallest of small business – those with fewer than 10 employees – from the Small Business Tax Cut?

What assurances are in place to prevent lawmakers from returning in 2019 with another attempt to drastically restrict the future use of the Small Business Tax Cut – or repeal it altogether?

Most puzzling, why not improve the Small Business Tax Cut policy in a way that makes it comparable to the new 20 percent deduction that was blocked by SB 1528 and simply allow taxpayers to choose one or the other?