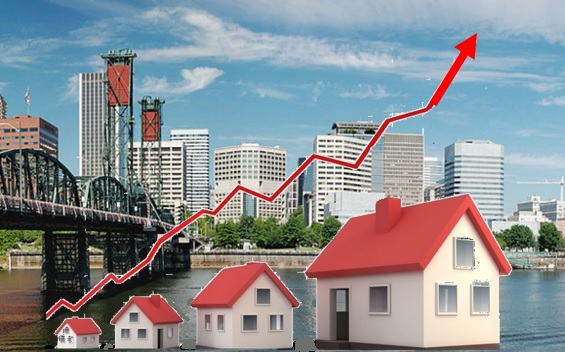 Housing is the single biggest factor driving the cost-of-living. Recent research finds Portland, Oregon is one of the most “severely unaffordable” major housing markets in the world — ranking 67th. Because of the high cost of housing, Oregon has the fifth highest cost-of-living in the U.S.

The reason for Portland’s unaffordability: Too many people chasing too few units. The Oregon Office of Economic Analysis estimates, relative to population growth, Portland has underbuilt housing by more than 15,000 units.

The reason for too few units: Public policies that discourage housing construction. The new study finds that city with more restrictive land use regulations also have some of the worse housing affordability. Portland is one of the more restrictive cities. 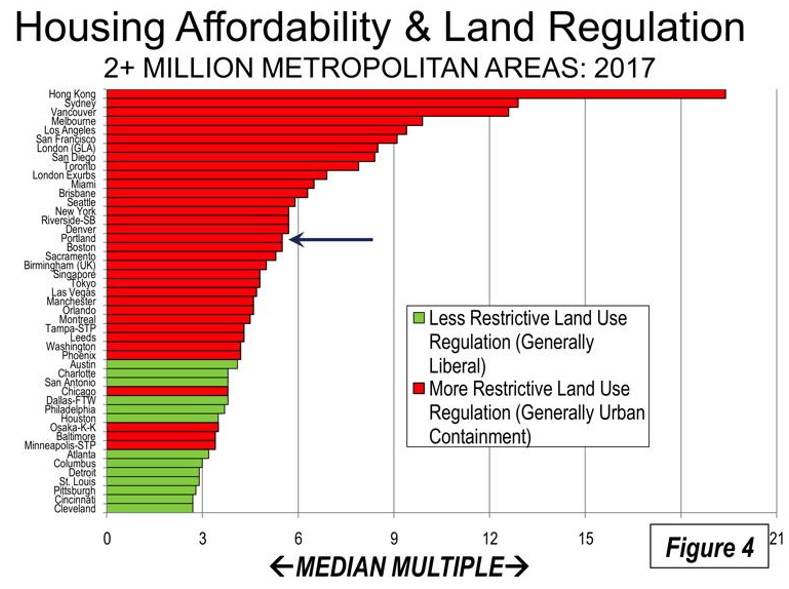 In addition to land use regulations, Portland has adopted several policies to address housing affordability have in fact made things worse.

The worst of these new policies is an “inclusionary zoning” ordinance mandating that a significant portion of new apartment projects be set aside for low-income tenants to rent a below market rates.

In response, developers have shied away from Portland. Permit applications for multi-unit projects have dropped significantly in the year the inclusionary housing mandates went into effect: “We’ve seen the spigot turned off so completely, so fast,” says Kurt Schultz, a principal at SERA Architects, who notes in the Portland Mercury that his clients who’ve worked with similar policies in other cities often blanch when told of Portland’s strict rules. “I’ve never seen it turned off so fast before, and I’ve been doing this for 30 years.”

Portland’s mayor has promised to review the city’s regulations, but has not provided an indication of how the policy will change. In the meantime, Portland resident can expect housing affordability to worsen over the foreseeable future.