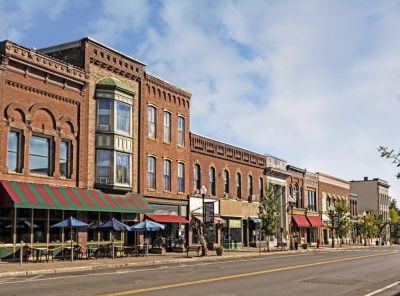 “Oregon was a pioneer in recognizing the importance of providing tax relief to small businesses when it created the Small Business Tax Cut as part of the ‘Grand Bargain’ in 2013 – a similar policy to the new federal policy. However, the Oregon policy is much more exclusive than the new, inclusive federal policy that allows a 20 percent deduction for S-corps, LLC’s, partnerships, and sole proprietorships, with very few exceptions.

“In 2016, about 22,000 Oregon tax filers were qualified to use Oregon’s Small Business Tax Cut. But according to the U.S. Small Business Administration, there are over 357,000 small businesses in Oregon – and the overwhelming majority of them are pass-through entities. So, while some could keep their tax savings by utilizing the Oregon policy, many more would lose their 20 percent deduction by disconnecting.

“Bottom line – Oregon doesn’t need this bill to balance its budget. The Senate has chosen to take away the one part of federal tax reform that specifically benefits small businesses in Oregon, denying those tax savings to hard-working, self-employed Oregonians.”