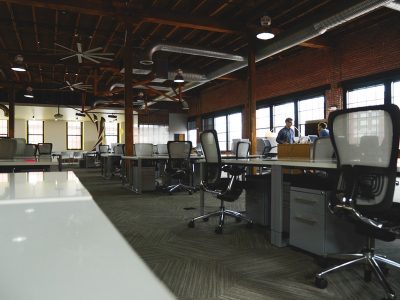 By now, you have probably heard about the recent changes to tax rates for individuals and businesses, the personal exemption, and the cap on deductions for state, local and property taxes. The Tax Cuts and Jobs Act of 2017 (the Act) changed several other Internal Revenue Code (the Code) provisions that will impact executive compensation, health and welfare plans, employer sponsored retirement plans, and fringe benefits. Most of these changes are effective for tax years beginning on or after January 1, 2018. We have noted instances where the effective date is different.

Executive Compensation Deduction Limits. Publicly traded companies cannot deduct more than $1 million in annual compensation paid to each covered employee. Under the Act, performance-based compensation and certain commission payments will be included in the definition of compensation subject to the $1 million deduction limit. The Act also expanded the definition of covered employee and publicly traded company for this purpose.
Excise Tax on Executive Compensation at Tax-Exempt Organizations. The Act imposes a new excise tax on tax-exempt organizations that provide excess parachute payments or pay to covered employees of more than $1 million annually. The excise tax is based on the corporate tax rate which stands at 21% under the Act. Compensation paid to licensed medical professionals (including veterinarians) for providing medical services does not count towards the $1 million cap.

The Individual Mandate. The individual mandate under the Affordable Care Act is repealed effective January 1, 2019. The individual mandate requires individuals to obtain a minimal level of health insurance coverage or make a “shared responsibility payment” with their taxes for any months not covered. Note the effective date of this provision—individuals who do not obtain adequate coverage for one or more months in 2018 will be subject to a shared responsibility payment (the payments are due with the individuals 2018 tax filing).

Stock Options and Restricted Stock Units. The Act allows employees to defer recognition of gain upon the exercise of stock options or settlement of restricted stock units. The maximum deferral period is five years. This deferral is available only to private corporations that grant stock options or restricted stock units to at least 80% of employees and is not available to CEOs, CFOs, anyone owning more than 1% of the company and certain highly paid employees.

Disaster Area Relief for Early Withdrawal Penalty. Participants in qualified retirement plans and IRAs are typically subject to a 10% penalty on distributions received prior to age 59½. Under the Act, participants under age 59½ may avoid the penalty for distributions taken between January 1, 2016 and through December 31, 2017, if the participant lived in a Presidentially-declared disaster area in 2016 and sustained economic losses due to the disaster. In addition, regardless of age, the Act provides relief by allowing a participant to recognize the income from such a distribution ratably over a three year period (instead of recognizing the distribution amount as income in a single tax year).

Extended Period for Rolling Over Plan Loan Amounts. Typically, when a participant in a qualified retirement plan (e.g., 401(k) Plan) terminates employment and has an unpaid loan from the plan at the time of termination, the plan administrator will cancel the loan unless the balance is paid in full within a short period of time and report the unpaid balance as taxable income to the IRS. Assuming that the loan was not already in default (i.e., was already treated as a taxable distribution prior to the participant’s termination because of a failure to make loan payments), the participant then has the option of rolling over the cancelled loan amount to an IRA or eligible retirement plan (assuming that you are a participant in a plan that will accept such a rollover). Rolling over the loan in this manner prevents the participant from having to realize the outstanding loan amount as income for tax purposes. Prior to the Act, such loan rollovers had to be completed within 60 days of the loan cancellation date. Beginning in 2018, participants will have until his or her tax filing deadline for the year (with extensions, if obtained) that the loan was cancelled to rollover the amount and avoid the income inclusion.

Loss of Employer Deductions for Certain Fringe Benefits. Three employer deductions are eliminated by the Act: (1) most qualified transportation fringe benefits under Code §132(f); (2) certain entertainment, amusement and recreation expenses under Code §274; and (3) several items given as employee achievement awards under Code §274(j).

Note that although the employer deduction for the cost of qualified transportation fringe benefits is eliminated, the employee may still exclude the benefit from his/her income under Code §132(f) (except for qualified bicycle commuting reimbursements which will be included in employee income under the Act).

The new list of non-deductible employee achievement awards is long and includes: cash, cash equivalents, gift cards, gift coupons, gift certificates generally (there is an exception for certain types of certificates), vacations, meals, lodging, tickets to theater or sporting events, stocks, bonds, other securities, and other similar items. It will be interesting to see how the IRS and courts interpret “other similar items.”

Unrelated Business Taxable Income for Payment of Certain Fringe Benefits. Businesses which are exempt from taxes under §§501(c) and (d) of the Code (e.g., not-for-profit agencies) are, under certain circumstances, subject to a tax for so-called unrelated business income. The idea is that tax-exempt agencies should not be able to regularly operate an unrelated trade or business on a tax-exempt basis (as this puts taxable businesses at a competitive disadvantage). Tax-exempt trusts (such as 401(k) plans or pension plans) may also be subject to Unrelated Business Taxable Income. Under the Act, tax-exempt entities will be required to recognize Unrelated Business Taxable Income for amounts paid or incurred for qualified transportation benefits (as defined in §132(f), parking facilities used in connection with qualified parking (as defined in §132(f)(5)(C)), or any on-premises athletic facility (as defined in §132(j)(4)(B)). You may be scratching your head, asking, how does the payment of a transit pass qualify as a trade or business? We are wondering the same thing.

Reimbursed and Deductible Moving Expenses. Prior to the Act, under Code §132(g), qualified moving expenses paid for by an employee and reimbursed by the employer were not treated as income to the employee. Under the Act, reimbursed moving expenses will be treated as income to the employee (except in the case of certain U.S. Armed Forces members on active duty moving due to orders). Although this provision is effective January 1, 2018, it is unclear whether expenses incurred or paid for by the employee in 2017 (or prior), but reimbursed in 2018 or later would or would not be included in the employee’s income for the year of reimbursement. Also, under Code §217, individuals were allowed to deduct the cost of moving expenses (that were not reimbursed by their employers) under certain circumstances. Going forward, employees will not be allowed to deduct the cost of unreimbursed moving expenses. These provisions do not prevent employers from directly paying for and deducting (as a business expense under Code §162) the costs associated with moving an employee.

New Tax Credit for Employer-Paid Family and Medical Leave. The Act includes a new, but temporary tax credit for employers who compensate employees on family and medical leave. The tax credit will apply to an employer’s income tax (not-for-profit entities and government agencies will not realize any benefits from the tax credit). Eligible employers may receive the credit for such compensation paid from January 1, 2018 through December 31, 2019.