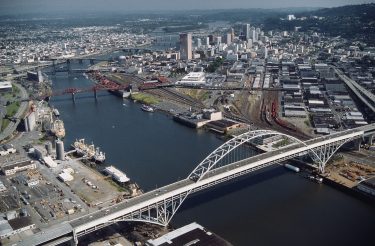 Made in Oregon: A Brief Profile of the State’s Manufacturing Sector

On top of faster growth, Oregon’s manufacturing sector is also a larger component of the economy than it is for the nation. While manufacturing made up 8.5 percent of payroll employment in the United States in September 2017, it made up 10.2 percent of Oregon’s employment. 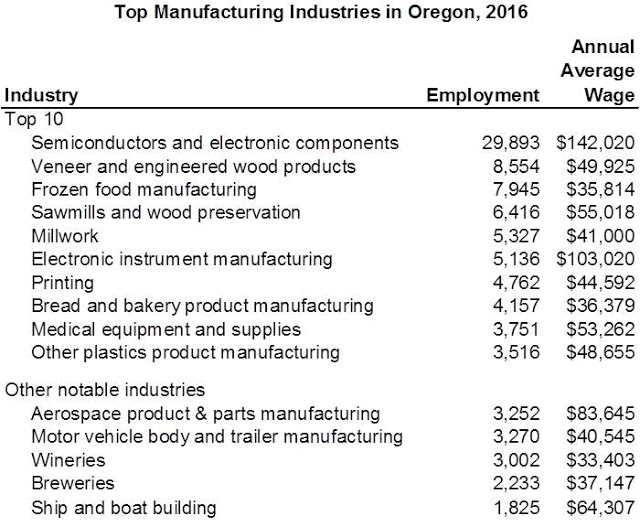 True to Oregon’s long history in forestry, two of Oregon’s top industries are tied to our natural resources: veneer and engineered wood products (8,600 jobs) and sawmills and wood preservation (6,400 jobs). While employment in wood product manufacturing is but a fraction of what it was a few decades ago, these two industries combined play an influential role in Oregon’s manufacturing sector.

The share of manufacturing workers by gender has remained unchanged for the past 20 years. In 1997, about 73 percent of the manufacturing workforce was male, and 27 percent female. These shares were the same in 2016, and remained almost exactly the same throughout the past two decades.