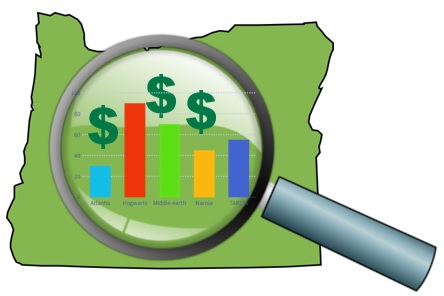 Oregon Governor Brown signed into law the Equal Pay Act of 2017 to address pay disparities among women, minorities, and other protected classes.
The Equal Pay Act prohibits employers from compensating certain protected classes at a rate less than other employees for work requiring substantially similar knowledge, skill, effort, responsibility, and working conditions. Protected classes listed in the Act include race, color, religion, sex, sexual orientation, national origin, marital status, veteran status, disability, and age. The Act provides that pay differences may be lawful only if based on certain factors, including a seniority system, a merit system, measurable differences in quality or quantity of work, work locations, travel, education, training, or experience. Employees who believe they have been discriminated against on the basis of unequal pay in violation of the Equal Pay Act will have a private right of action beginning January 1, 2019.
Additionally, the Act impacts hiring practices as it prohibits employers from seeking information about an applicant’s prior compensation or setting compensation based on the applicant’s past or current compensation levels. This part of the Act is scheduled to take effect on September 9, 2017, at which point BOLI will have the authority to enforce it and issue civil fines. On January 1, 2024, employees will have a right of private action against prospective employers if asked about pay history.
The Equal Pay Act passed the legislature with broad bipartisan support and is seen by many as a positive step toward restoring pay equality. It will, however, present compliance challenges for employers without systematic processes in place for hiring, promoting, and paying employees. The Act also increases the importance of carefully documenting employee performance and pay considerations and monitoring how those decisions could be viewed in light of other workers’ compensation packages. Because the Act provides the broadest protections in the nation for applicants and employees, Oregon employers should take action now to ensure compliance and to avoid potential fines, lawsuits, and class action claims.