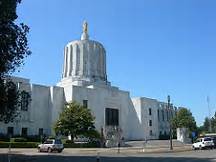 A draft plan made public today by the Oregon State Legislature’s Joint Committee on Tax Reform has small businesses on edge over two provisions, according to their largest representative association.

“This plan is the reason Oregon small-business owners aren’t nearly as excited for ‘tax reform’ at the state level as we are at the national level,” said Anthony Smith, Oregon state director for the National Federation of Independent Business, the state’s and nation’s largest and leading small-business association.

“Two components in the 111 pages of proposals are of particular concern to small business,” said Smith. “Repeal of the 2013 small-business tax rates would be bad enough – and reason enough for small businesses to oppose this proposal because for those businesses, this is a tax increase. But combine that take-away with the imposition of a new gross receipts tax, which voters rejected last year and which continues to be wildly unpopular with NFIB members, this quickly becomes a double-taxation scenario.”

The real crippling effect of a gross receipts tax, according to Smith, is its levy on a company’s sales whether it makes a profit or not. “Many small businesses operate on very thin profit margins,” he said, “depending on the industry and their margins, a small business might be stuck with a huge tax bill with little or no take-home pay to show for it. By whose definition is that fair?”

The income tax provisions are also problematic. “It’s vital for policymakers to understand that the overwhelming majority of small businesses are taxed not as corporations but as individuals, organized as they are as pass-through entities such as sole proprietorships, partnerships, and S-corporations. These small-business owners would have to first pay taxes on their gross Oregon sales, then they would have to pay again on whatever is left when they file their individual return. This double-tax plan is doubly bad for Oregon’s small businesses.”

The care and cultivation of small business should be a top priority for Oregon. According to the U.S. Small Business Administration’s Office of Advocacy, Main Street, mom-and-pop firms employ 801,666 Oregonians or 55.5 percent of the private workforce.