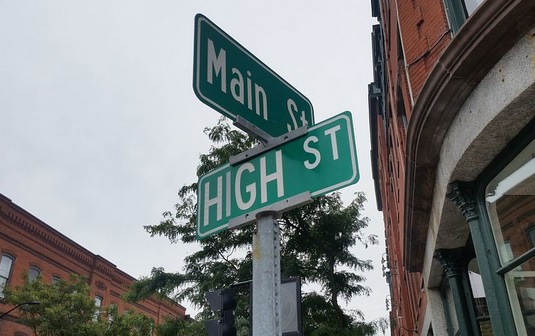 The Bullard Edge has a new project: Bullard Edge Radio. We are (fictionally) beaming our south of 1 nanowatt signal from an undisclosed broadcast location in Mid-Town. While we are not exactly iHeartRadio, our listenership is growing.

To help grow the brand, we have a tagline (KBL Employment Law Radio) and we are injecting a little old fashioned radio energy into our broadcasts (think of “the Real” Don Steele meets Professor Charles Kingsfield). The most popular of our gimmicks is a twice daily contest we call the EEO Quiz Game. Two times a day we take a caller and ask him or her an employment law related question. Callers who answer correctly receive a prize package.

To show you how much we are growing, yesterday we had very famous callers get through.  At noon we took the seventh caller and it turned out to be United States Attorney General Jeff Sessions.  We asked him our pre-planned question, which just happened to be about the Trump Administration’s marijuana enforcement policy.  How random is that?  Later in the afternoon, we were even more surprised to receive a call from new United States Supreme Court Justice Neil Gorsuch, who fielded a question regarding Title VII and same-sex discrimination claims.  Both callers answered their questions correctly (which is a good thing).

Part One: Attorney General Sessions and Marijuana In The Workplace

Welcome back to KBL Employment Law Radio.  It’s noon and raining in Mid-Town.  Before the break we were looking for the seventh caller to play our big EEO Quiz Game.  I believe we have our caller on the line.
Hello.  Who is this?

Well, Jeff from Selma, you are the seventh caller.  How do you like that?

By the way, you sound awfully familiar.  Have you called in before?  I am sure I know that voice.

I am a first-time caller, long-time listener and, yes, you may have heard my voice before.  I am Jeff Sessions, United States Attorney General.  Sometimes I am on the radio or television.

Whoa!  And you listen to our show?  We are honored, Mr. Attorney General.
And good news for you, I think.  You might have an advantage with this quiz question.  Are you ready?

Ok.  Here goes.  What is the Trump Administration’s official position on state marijuana laws and the enforcement of federal law?

That is correct!  We also would have accepted “not yet announced” or “still being developed.”

I could see that.

This is an important issue for employers.  More applicants and employees than ever are using marijuana.  Much of that use is going undetected and employers are confronted with numerous related issues, including safety, productivity, and potential discrimination claims.  Are you aware of this?

Nevertheless, marijuana remains illegal under federal law.  The Controlled Substances Act of 1970 regulates the manufacture, importation, possession, use and distribution of certain substances, including marijuana.  These substances are organized on five schedules, with the most severely regulated being the substances on Schedule I.  That schedule includes heroin, LSD, and marijuana.  In other words, regardless of whether or not it is legal under state law for medical or recreational use, marijuana is a Schedule I controlled substance for federal purposes.

Federal policy has been not to enforce federal marijuana laws in states with legalized marijuana.  California started the legalization trend in 1996 with the first medical marijuana law.  Since then there has been tremendous and growing tension between these state laws and contrary federal law.

The Obama Administration dealt with this thorny mess by deciding not to take enforcement action where individuals were complying with state marijuana laws.  This was true for both medical and recreational marijuana.

Congress entered the fray in late 2014.  When you were still in the Senate Mr. Attorney General, Congress quietly defunded federal drug enforcement efforts against marijuana retailers operating pursuant to state medical marijuana laws.  This was not in conflict with the enforcement policy of the Obama Administration.  However, it did not remove marijuana from Schedule I.  In 2015 President Obama said that he did not foresee Congress removing marijuana from Schedule I anytime in the near future.

We now have a new Administration and folks are wondering what will happen.  There has been a sense of anticipation, Mr. Attorney General, that federal non-enforcement might be rolled back.  For one thing, when you were in the Senate you said, “Good people don’t smoke marijuana.”

Since President Trump took office there have been some mixed signals from the Administration and from Congress.  For example, in late February, White House press secretary Sean Spicer suggested that President Trump might support the medical use of marijuana but may decide not to defer enforcement of federal law where there is a state recreational use law.

Folks in Congress, though, may not be in agreement with that position.  Earlier this month,a bipartisan group of Members of the House of Representatives, wrote a letter urging that the fiscal year 2018 appropriations bill “include language barring the Department of Justice from prosecuting those who comply with their state’s medical marijuana laws.”  There has even been a lightly supported, but  bipartisan bill  introduced to remove marijuana from Schedule I.

Employers are anxious to know which direction the Trump Administration is going to go.  Employers have the right to adopt a workplace drug policy that prohibits marijuana in the workplace.  This is clear under existing law, and is not changed by the existing enforcement policy.

Questions remain, though, beyond the right to have a drug policy.

This is a continuing source of workplace tension, given that there is not currently a  generally accepted test for marijuana impairment.

We have such a test for alcohol.  A blood alcohol test allows for an inference of impairment and that inference is generally considered to be reliable.  In contrast, there is not a similar test for marijuana impairment.  According to the National Highway Traffic Safety Administration, “It is difficult to establish a relationship between a person’s THC blood or plasma concentration and performance impairing effects.”  The NHTSA says that it is “inadvisable” to attempt to determine marijuana impairment through blood testing.

We encourage the Trump Administration to make the development of impairment testing a priority.  In the meantime, we are reminding employers to regularly review their drug policies to make certain the policies say what employers want them to say.  Where a policy is ambiguous, it should be clarified.  For example, a policy uses the phrase “illegal” drugs, and if the intended meaning is illegal under federal or state law (as opposed to both), make sure the policy says that.

Mr. Attorney General, I apologize.  I have run long and we need to take a commercial break.

No problem.  I appreciate all of the information.

Before I let you go, Mr. Attorney General, we have a prize package for you for answering the quiz question correctly.  Your prize package will include a funky “KBL Radio” t-shirt, an EEO Quiz Game coffee mug, and a free subscription to The Bullard Edge.  Thank you for participating.

Thank you.  I had a great time.