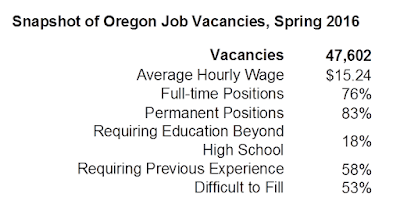 Oregon’s construction industry, which has shown impressive job growth recently, reported 4,700 job
vacancies this spring. That marks an increase of 1,000 from the prior year, and the industry’s highest vacancy total since the Employment Department’s quarterly job vacancy survey began in 2013.

At a regional level, the Mid-Valley — which consists of the Salem and Albany metropolitan areas and Yamhill County — saw a large increase in vacancies this spring. Industries with the largest gains included health care and construction. The Portland Metro area (Multnomah and Washington counties) and Lane County saw the biggest declines in the number of job vacancies over the year. 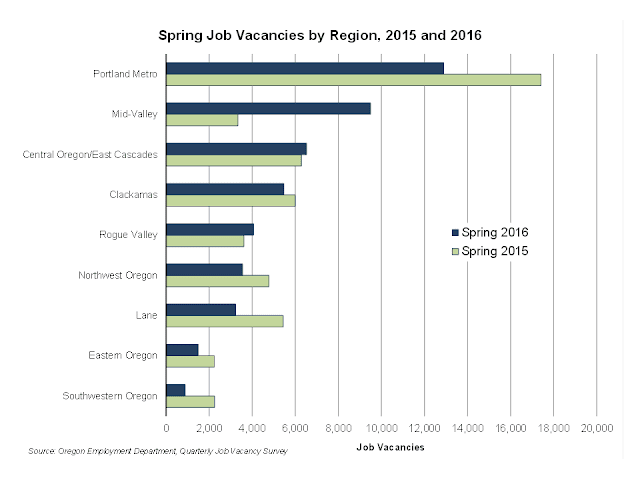 For more details about Oregon’s job vacancies, visit the Publications page at QualityInfo.org and scroll down to the Job Vacancy Survey section.