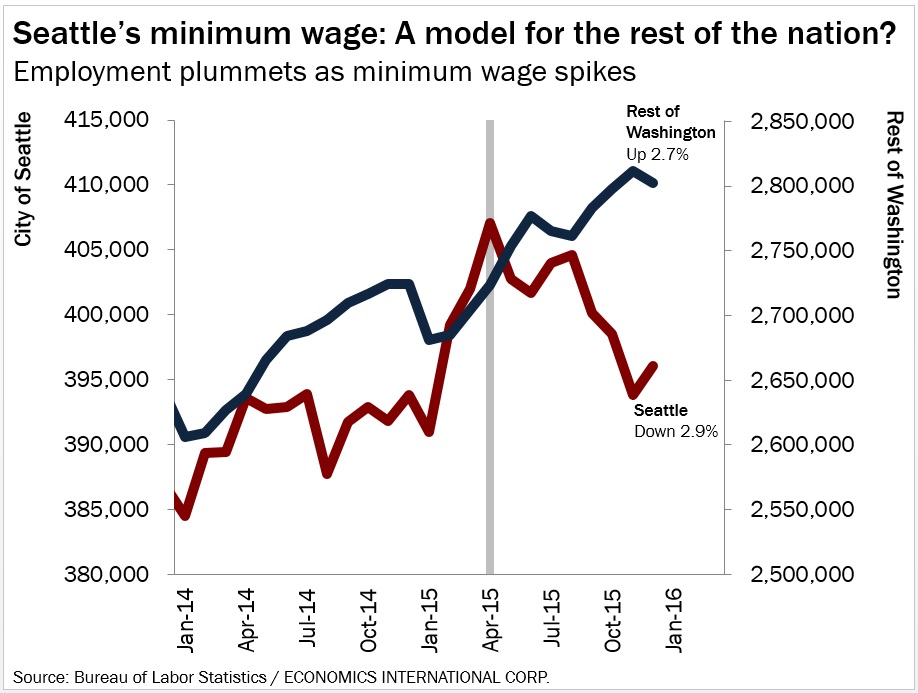 Where did all the workers go?
By Oregon Small Business Association Foundation

After Seattle imposed an historic minimum wage hike, employment has dropped, unemployment has risen, and workers have dropped out of the labor force. It is not the result proponents promised and it hints that the warnings from the business community were correct.

The drop in employment also shows up in the unemployment rate. A person is unemployed if he or she is looking for a job, but cannot find one. These are people who want to work, but cannot get a job. 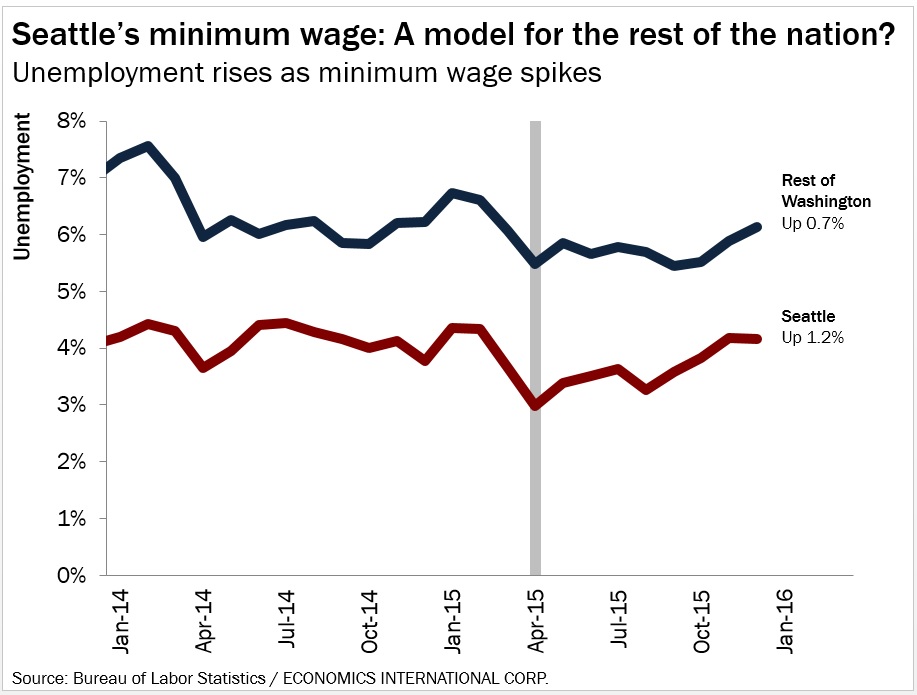 Because it is harder to find a job in Seattle, the city is seeing people leave the labor force. Fewer people are working and fewer people are looking for work. 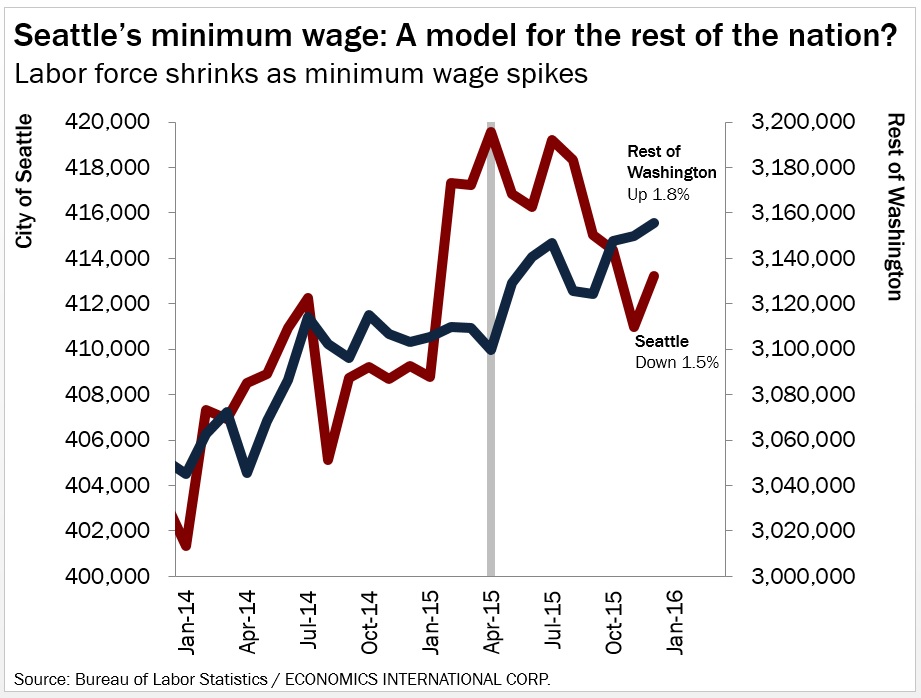 It is still early in Seattle’s experiment with sky-high minimum wage hikes and there may be reasons other than the minimum wage that Seattle’s labor market is worsening since the law went into effect. Nevertheless, the early evidence suggests that steep drop in employment opportunities and loss in incomes outweighs the benefits for those workers who bring home bigger paychecks.