The Upshot, The New York Times‘s answer to FiveThirtyEight edited by David Leonhardt has some fantastic poll data about soccer around the world.  Here are the two charts from the article: 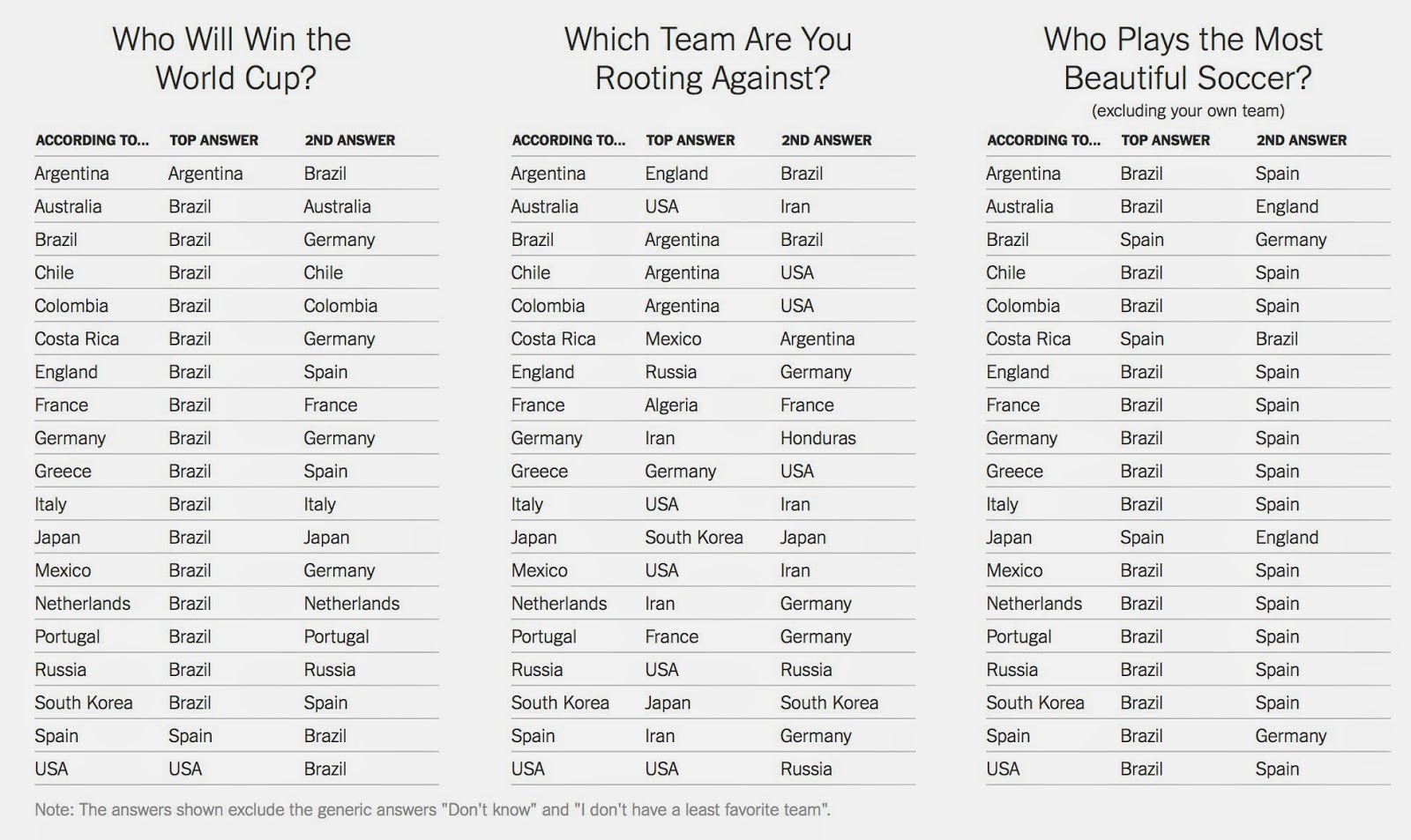 This first one has some interesting talking points.  The first is the overwhelming favorite to win the World Cup is Brazil.  Not too surprising except for the unanimity – I thought there would be more love for Argentina.   For the record, I concur: I have Brazil wining it all in my pool.  They do so by beating Argentina 3-1 in the final – this is also my fantasy final and if it happens it will be beyond huge.  But I digress. The best part of the poll is Americans who answer USA.  There has been a lot of talk about the USA coach’s statement that the team cannot win the Cup and how un-american it is (he is German, and it looks like that criticism is correct: Americans really do believe.

As for who folks love to hate, the results are pretty predictable but revealing.  Argentina hates the English (the Falklands are still a massive open-wound in Argentina and whenever they scab over a new populist politician will pick it off to score some political points).  Mexico and Russia root against the USA, of course, but why do Australia and Italy?  I thought we were friends!  The rest of South America reserves their wrath for Argentina while Brazil’s second most rooted against team is Brazil!  (Of course they say that now – focusing on the World Cup debacle – but trust me if Brazil starts winning the entire country will come around)

Finally, it is funny how Brazil is still associated with the beautiful game despite the fax that Brazil, over the last couple of decades has become a much more defensive, counter-attacking side.  Most ‘purists’ think Spain played the most beautiful soccer, but recent poor results by Barcelona and Spain have taken some of the warm glow of the Tiki-Taka style.

The second chart measures soccer’s popularity among the World Cup nations.  I think the big takeaway here is how many other sports matter in the country.  The USA is dead last, as you might imagine, but England and France are pretty close.  Both countries have other big team sporting traditions (cricket and rugby for England and Rugby for France).  I am a bit surprised how high Spain is but this is what success breeds I suppose.
As a dual-citizen I’ll be rooting for the USA and England heartily, as well as Brazil, my adopted country after my year-liong sabbatical stay there.  But mostly I root for an entertaining cup full of great goals and attacking play – something often missing from World Cups.  The spectacle is more reliable and the way that Brazil deals with it and reacts to their teams performance will entrance me.
Finally, to end this soccer post on a somber note.  It is always quite a shock when a random act of violence hit close to home and this one did.  My sons play for the soccer club that the victim of the Reynolds HS shooting, Emilio Hoffman, played for.  My older son has played on the same team with Emilio’s sister many times.  Please consider donating to a fund to support Emilio’s family. 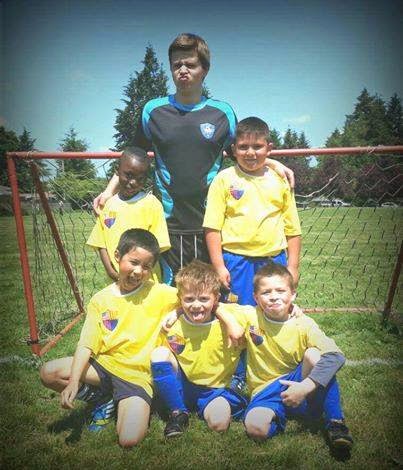