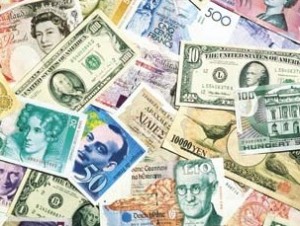 Paper currency is dirty and is a major transmitter of disease as it goes from unwashed hand to unwashed hand. It is easily lost and stolen, and can be easily destroyed by getting wet or burned.

It physically wears out in a short time and is costly and troublesome to replace. So why do we still use the filthy stuff in the electronic age?

When given a choice, people find credit cards, debit cards and bank account electronic payments more convenient than cash. In many parts of the world, payments can be made from cellphone to cellphone, with the phone companies serving many of the functions of traditional banks. Money can be stored and transmitted from and to almost any form of computer.

Also various forms of electronic money can be made more secure than paper currency. Electronic monies and payment systems do not spread disease.

Governments like electronic money payment systems that they can monitor, such as credit cards, but they don’t like nongovernment created electronic monies and payment systems that they find difficult to monitor like bitcoin. So, predictably, last week the IRS ruled that bitcoin is not money, thus the users must report the capital gain and loss against the U.S. dollar for each transaction made with bitcoins. Even with advanced software, an individual who might use bitcoins for the purchase of many goods and services will find trying to comply with the IRS an accounting nightmare.

Some 15 years ago, I wrote a book forecasting the demise of paper currency. I expected paper currency to gradually disappear like paper checks have. However, I was wrong. Rather than disappearing, the demand for paper currency is rising faster than inflation or population, albeit not by much, but the total quantity of paper U.S. dollars in circulation is roughly double what it was a dozen years ago. The question is: Why?

One reason given for the decline in street crime is that individuals and small merchants tend to carry less paper cash on their person as they rely more and more on the various forms of electronic payment systems — thus reducing the supply of easy-to-steal paper currency by petty criminals.

Yet, at the same time, paper-currency balances per person are rising rapidly, which means that most people are keeping larger and larger cash hoards at their homes or offices, or elsewhere.

Despite its considerable drawbacks, paper currency has a couple of very important advantages over other forms of money. It is anonymous — meaning you can keep your spending confidential — which almost all people like to do at times, both for good and bad reasons. Most electronic money must be held by a third-party custodian — such as a bank, merchant, or cellphone company, and hence is easily liable to seizure by government agencies or other electronically sophisticated miscreants.

In an age where the IRS and various other government agencies have “asset-forfeiture” powers, they can seize bank accounts before one is convicted of any wrongdoing. Therefore, people have a real and justified fear of having all of their cash in the bank.

The global anti-money laundering police with their ever increasing “know-your-customer regulations” have made it much more expensive for banks and other financial institutions to provide basic financial services, such as checking and savings accounts. As the costs of servicing each account rises because of government regulations, banks understandably require larger and larger minimum balances and more and more documentation from each customer, all of which causes a reduction in the number of potential customers who meet the new requirements.

Those who cannot meet the new requirements (most often, the young and the poor) go unbanked. Without a bank account, people cannot get credit cards.

Obtaining airline tickets, hotel rooms, auto rentals, etc., is most difficult for those who do not have bank accounts and bank-issued credit cards. By necessity, those without bank accounts are driven into the cash economy, where their paper currency is hard to protect and often stolen.

Politicians and regulators love to grandstand about how their regulations are preventing tax evasion, money laundering, drug dealing and terrorist finance. In fact, many studies show that most of the regulations are ineffective and only serve to benefit those who write the regulations, compliance officers in financial firms, lawyers, accountants and, of course, the politicians who extort campaign contributions from those who are regulated.

The truth of the matter is that those who come up with the regulations are responsible for more diseases being spread (from paper currency), more people being robbed, higher costs and fewer services for everyone who uses financial services, and a more difficult and dangerous life for the poor and the young.

The rise in the use of paper currencies is a direct result of overly intrusive and abusive government. If governments were benevolent and respected individual property and privacy, most paper currency would disappear — and that would be all to the good.