According to Rootmetrics AT&T’s average download speeds are 30% faster than Verizon. At&T may be winnign the speed war, but Verizon has winning the volume contest as they have 93 million subscribers, compared to AT&T’s 71 million. Below is a chart comparing the average download speeds between the three big carriers, AT&T, Verizon and Sprint. 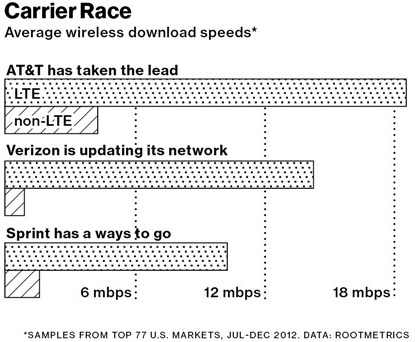