I have a bit of a love-hate relationship with “Planet Money,” the This American Life way that NPR has chosen to cover economics issues. Taking the mannered, long-form story-telling approach to economics issues can be wildly successful: I think the ‘Giant Pool of Money‘ on TAL (which I think launched Planet Money as a separate entity) was one of the very best pieces on the real estate melt down. But the quirky, annecdote-y thing can get old and go way too far – at the far end of the spectrum you get things like this which are just embarrassing in their attempt to be cute (though this is a podcast so more forgivable).

Recently, TAL and Planet Money did another long form bit on the rise of disability insurance liabilities, ‘Unfit for Work.’ I thought it was well done, of course, and good radio, but that it was quite sensationalist and lacked a lot of nuance and context – despite its long form. Luckily others are on the case. Over at Wonkblog, Ezra Klein and associates are digging deeper and the resulting story is not nearly as dramatic as you might think. Why are the disability rolls skyrocketing?

It appears the answer is pretty simple: 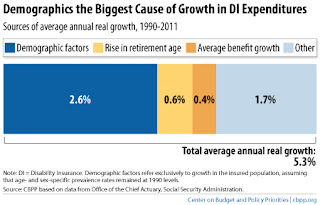 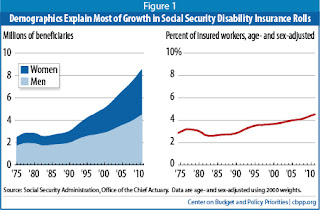 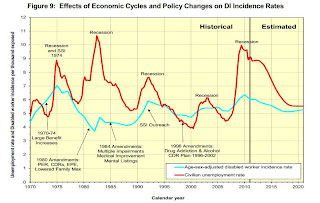 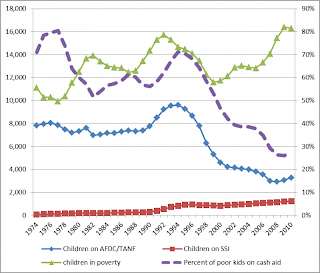 Here is the best bit: a long interview with a disability policy expert: Harold Pollack. I like the bit about the link between health care reform (better medical care for lower income folks) and disability payments. With the former you get less of the latter.