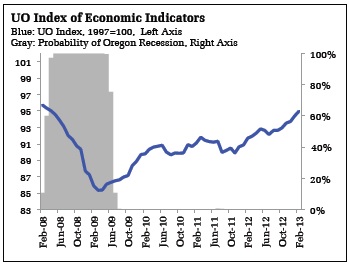 Here is the University of Oregon State of Oregon Economic Indicators for February 2013.  The release date is April 4, 2013.  Special thanks to our sponsor, KeyBank.

Oregon economic indicators improved further in February 2013. Highlights of the report include: