Oregon Ducks coach Chip Kelly has officially accepted coaching for the Philadelphia Eagles. Chip Kelley beat out 11 other candidates. This is a surprise coming soon after declaring that he would stay in Oregon. Kelly’s record is 46-7 with Oregon.

Chip Kelly’s leaving at a time when Forbes magazine last month predicted “Oregon and Washington may soon witness a decline in value” due to changing budget climate.   Already, the Oregon Ducks with Chip Kelly were ranked very high by Forbes magazine as the nation’s #15 most valuable college football team. Forbes rated their current value at $74 million with revenue at $52 million and Profit at $32 million — showing solid growth.  Read more here. 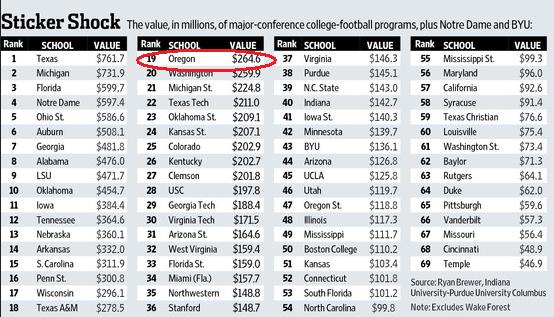