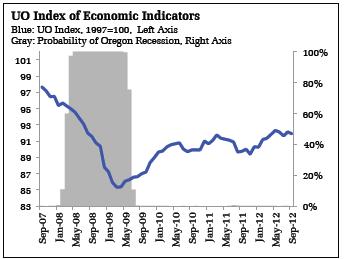 Oregon economic indicators were softer in September.  Highlights of the report include: