Red Lobster is more satisfactory to American consumers than any other restaurant this year; in fact, it earned the highest score in the 18th annual ratings of the American Customer Satisfaction Index. Americans love their pizza, too; Papa John’s also earned an 83% satisfaction rating. Meanwhile, United Airlines remains stubbornly unpopular. Only 62% of customers were satisfied this year, and United hasn’t earned a rating above 70% since 1996.Even the overpriced, bureaucratically inept Postal Service got a 75%. But apparently United is the McDonald’s of airlines: like United, McDonald’s got the lowest rating in its class. But though nobody likes either, everybody uses both. Sometimes actions speak louder than satisfactions. 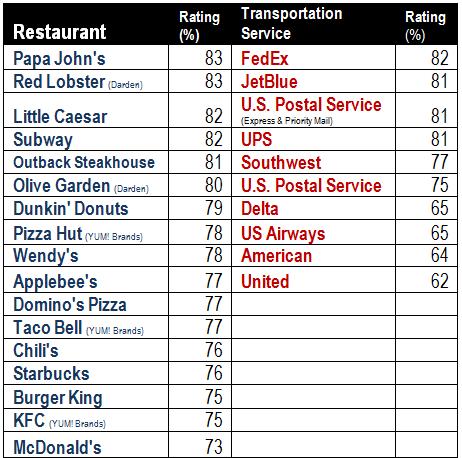 The hotel ratings confirm what we’ve always thought: hotel rooms are pretty much all the same. Of the 8 hotels rated, all but one was between 75% and 80%. Wyndham was the outlier, with only 70% of customers satisfied. 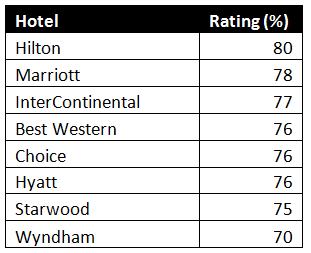