I was invited to testify before a joint session of Oregon’s Senate Finance and Revenue Committee and the House Revenue Committee to discuss how private sector businesses are dealing with economic uncertainty. I began with one of my favorite slides, which shows how cyclical the economy is. When the line is high, then business cycles are coming close together with high peaks and low valleys. When the line is low, as it was from 1983 through 2007, the economy is fairly stable, with few recessions. 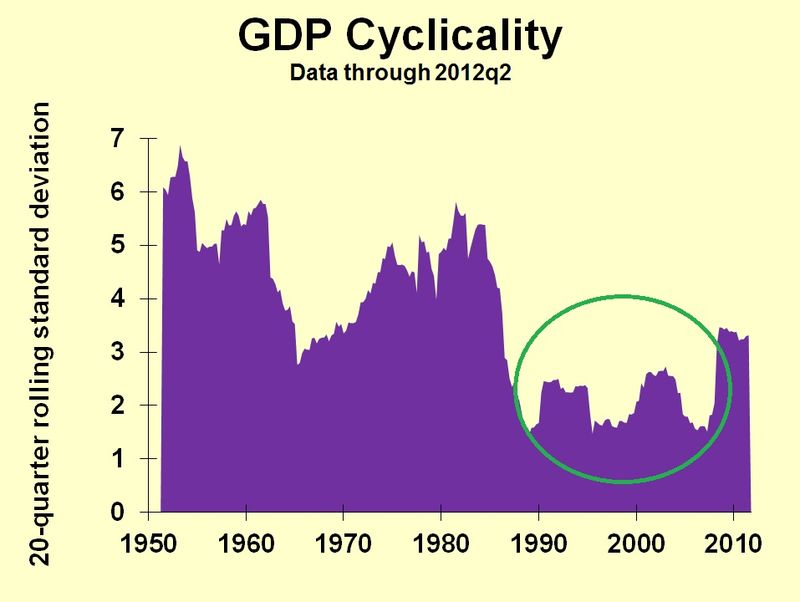 That period was the most stable in all economic history, even going back to the beginning of economic data in the early 1800s. It was also the period in which today’s leaders of government, business and non-profits learned how to be leaders. During this era they learned which issues to worry about and which to ignore. This may be why Oregon’s elected leaders have consistently budgeted all available revenue, with only minuscule cushion, and why they have a rainy day fund that is inadequate even for a light drizzle.

Private sector businesses are working in several directions to deal with economic uncertainty:

Sales: shortening information time lags between when sales representatives hear from customers and when senior executives learn of what’s happening. This presumes, of course, that senior executives will act when they hear the news. In Oregon’s 2001 recession, leadership failed to act for five months after bad news arrived.

Finance: more working capital, less leverage. The state clearly should plan on spending less than anticipated revenue, because revenue is so hard to forecast.

In questions, I was reminded that most state spending is on services rather than capital projects, and the public expects steady provision of these services. The challenge, I explained, is that we have voted for a tax system that produces unstable revenue, though the public seems to want stable services. Managing that mismatch is the legislature’s job, which it can do through appropriating less of expected revenue.