The Portland-area economy continued to outperform the rest of the state in June. As noted in previous reports, the regional measures are prone to potentially large swings due to the volatility of some of the underlying data, particularly measures of employment. The moving-average measures smooth out much of that volatility. The moving-average measures indicate the Portland economy is growing somewhat above its average pace over the 1998–2012 period. The Eugene-Springfield area lost some momentum in June as building permits sagged, although note that low levels of unemployment claims bolstered the measure. Central Oregon was weak on the back of soft employment growth, but residential home sales were positive. The Rogue Valley area continues to slowly grind higher; the moving-average measures for the region stand at -0.54, compared to -1.2 last June. The Salem region currently lags the rest of the state, with growth well below the average pace since 1999. 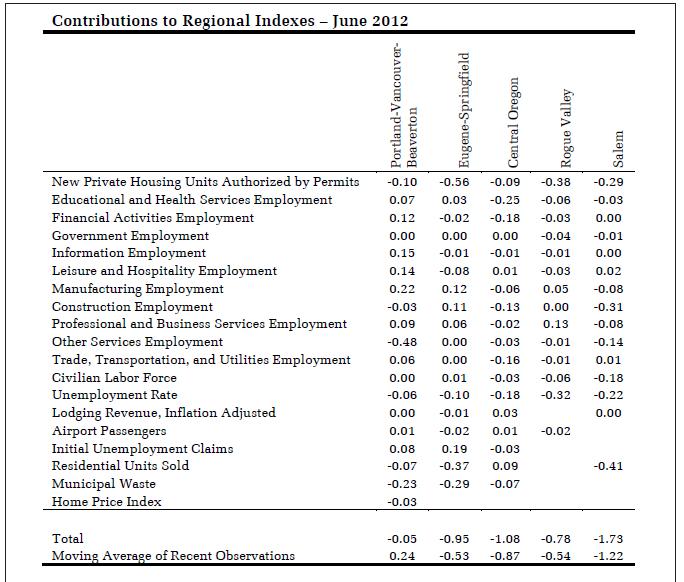