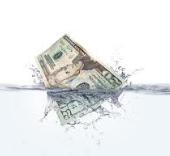 Recent developments regarding the funding, design, and purpose of the Columbia River Crossing’s (CRC) plans for a new bridge linking Portland and Vancouver have renewed concerns of opponents who believe the project is ill conceived, too costly, or who question the integrity of the whole process.  Recently, the U.S. Coast Guard deemed the Columbia River Crossing bridge’s planned 95 foot clearance too low and will not consider approval until a thorough assessment of the bridge’s impact on river use has been conducted—a move that could delay construction and raise the project’s cost.

The Coast Guard’s decision is the latest roadblock in a challenging couple of months for the Columbia River Crossing. In February, the Oregon Supreme Court issued a land-use ruling stating that most of the project (a 10-lane freeway bridge with new interchanges) was essentially a bargaining chip METRO offered Clark County, WA, for its approval of a long-term METRO priority—a Max light-rail line from Portland to Vancouver. Willamette Week called the Columbia River Crossing Bridge deal a “$2.5 billion bribe” that METRO gave to get what it wanted.  While the Court ruled that METRO did not trespass its land-use authority in approving the CRC’s plan, it stated that traffic and safety benefits of the bridge were secondary concerns and essentially arguments METRO made to gain project support. That opinion, which METRO has essentially acknowledged, has roiled bridge opponents long suspicious of METRO’s purpose in pushing for the project’s current design and approval.
Critics contention that METRO conspired to further spend billions on a bridge for the sake of a Max light-rail line may become even more egregious should the $1 billion in federal funds assumed by the CRC fail to come through. In February, a key Congressional committee approved a transportation bill that would eliminate the program devoted uniquely to mass transit funding. That prospect now has METRO leaders deeply concerned about the federal government’s commitment to CRC funding, which is projected to cover roughly a third of the project’s cost.

The most recent questions over the bridge’s clearance and possible economic impacts allegedly came as a surprise to the CRC. According to the Oregonian, however, Coast Guard officials have been warning the CRC about insufficient clearance for months. In a letter dated December 7, 2011, a top Coast Guard official wrote to the CRC, saying that with only 95 feet of clearance the bridge “would impede both current and prospective navigation.” Moreover, at least one shipping company is on record as early as 2006 expressing concern that the bridge would be too low to accommodate its barge loads that pile as high as 120 feet.

To critics, it seems inconceivable that such a large public project seven years and $140 million into the planning did not adequately account for possible problems associated with the bridge’s proposed height. Concerns over airplane clearance from traffic originating at Vancouver’s Pearson Field prompted planners to limit the bridge to 95 feet—significantly lower than similar bridges. For example, the Lewis & Clark Bridge near Longview, WA, is 210 feet high, and the Glenn Jackson Bridge has clearance up to 144 feet—still substantially higher than the CRC’s current design. Despite the unusually low clearance, the CRC only began surveying shippers, marine terminals, and other stakeholders last month as to the economic impact of the design.

While CRC planners and the Coast Guard try to resolve the issue, few good options abound.
Some suggest that clearing 95 feet will only be problematic for a handful of vessels, and that the Coast Guard should approve the plans. Those few barges, however, may represent major projects directly worth hundreds of millions of dollars and hundreds of high-paying jobs. Consequently, critics argue that the current design will jeopardize Oregon’s long-term economic competitiveness, particularly in the fabrication and manufacturing industries.

Proponents also argue that shipping companies can reconfigure their products by building them in smaller segments so as to clear the bridge. Other port cities, however, would gain a competitive advantage over Oregon in attracting business if companies conclude accommodating the new bridge isn’t worth the cost when plenty of other shipping options exist.

The CRC appears to be in a catch-22: eventually gain approval and move forward with the current design, and the new bridge could jeopardize Oregon’s economic competitiveness. Alter current plans and raise the height of the bridge to accommodate larger vessels, and air traffic safety could be jeopardized—not to mention that hundreds of millions of dollars would be added to a project already expected to hit $3.5 billion.