The latest data from the Federal Reserve Survey of Senior Loan Officers show that banks continue to loosen their credit standards and narrow their interest rate spreads on commercial and industrial loans. 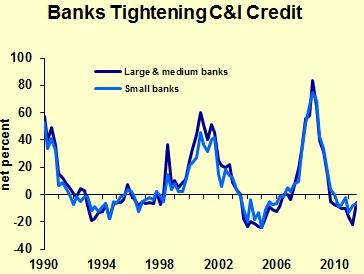 “Spread” is bank jargon for the interest rate that the bank charges minus its own cost of funds. The chart shows that banks are competing for the credit-worthy borrowers. 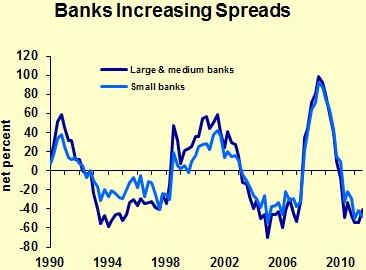 The volume of bank lending to businesses is on the rise as well. 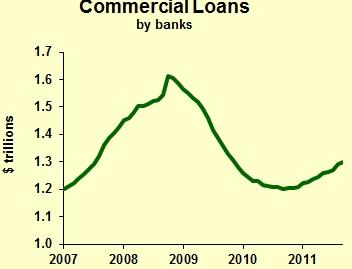 Bankers tell me that they would like to make more loans to the most credit-worthy customers. However, I think that despite the recent easing of credit terms, banks are still unwilling to make loans to marginal customers (whom they would have lent to five years ago). There seem to be few alternatives for businesses that are not bank-worthy, whereas a few years ago there were plenty of commercial finance companies willing to lend to less credit-worthy firms.

Maybe some tightening of commercial credit was needed, but my gut says banks have been forced to go overboard by overzealous regulators.